Nick Kyrgios gives brutal assessment about his game and mentality after defeat, saying ‘my head’s in the shed’ 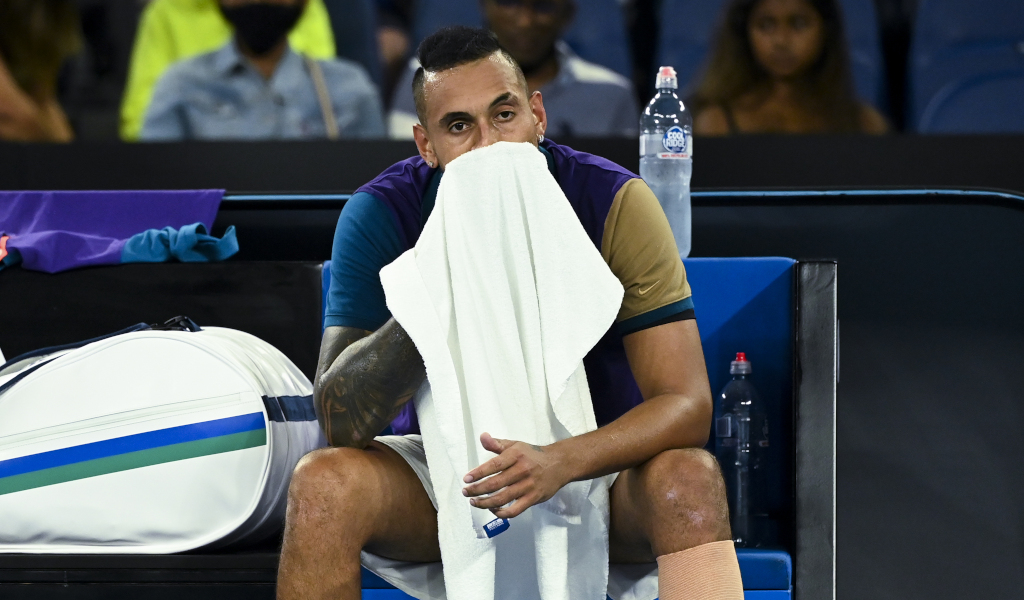 His Citi Open title defence lasted just 77 minutes and afterwards Nick Kyrgios admitted that he feels like he has lost his joy for tennis as he “barely gets angry” after losing matches.

Having made his return to hard-court tennis at the Atlanta Open, the Australian was hoping to improve on his second-round exit this week. However, he fell meekly to Mackenzie McDonald in the opening round on Tuesday, going down 6-4, 6-4.

There was no spark from Kyrgios during the match as American McDonald broke late in the first set and midway through the second set.

Calm and collected 😌@mackiemacster gets it done against Kyrgios 6-4 6-4 and will face Paire in R2 in Washington…#CitiOpen pic.twitter.com/ojRfM6RgCY

“My head’s in the shed, to be honest,” the 26-year-old revealed afterwards. “I didn’t play great. I know there are going to be a lot of people disappointed.”

He added: “I feel like I actually enjoyed my tennis more when it was so up and down. Like you see me today, like I’m losing and I’m barely getting angry.

“I actually miss the days when I was losing and I was carrying on and I was getting fined and I was throwing my racquets.

“That just meant that I just cared a lot. I actually cared what was happening. Now I lose and I’m actually happy for the other guy.”

Kyrgios has only played five tournaments, including Washington, since tennis resumed after the five-month hiatus due to the coronavirus pandemic. In fact, his encounter against McDonald was only his 12th match of 2021.

Before the tournament he admitted that he was a “part-time player” while he also opened up about the “hate, racism and bulls**t” he received over the years.

‘Part-time player’ Nick Kyrgios reveals how ‘hate, racism, bulls**t’ drove him ‘into a place of dark’

The six-time ATP title-winner says he no longer “feels the pressure”.

“I can’t be too hard on myself. I haven’t played a lot of matches,” he said.

“I don’t really feel like my body and my mind quite understand the severity of some points because I haven’t played that much.