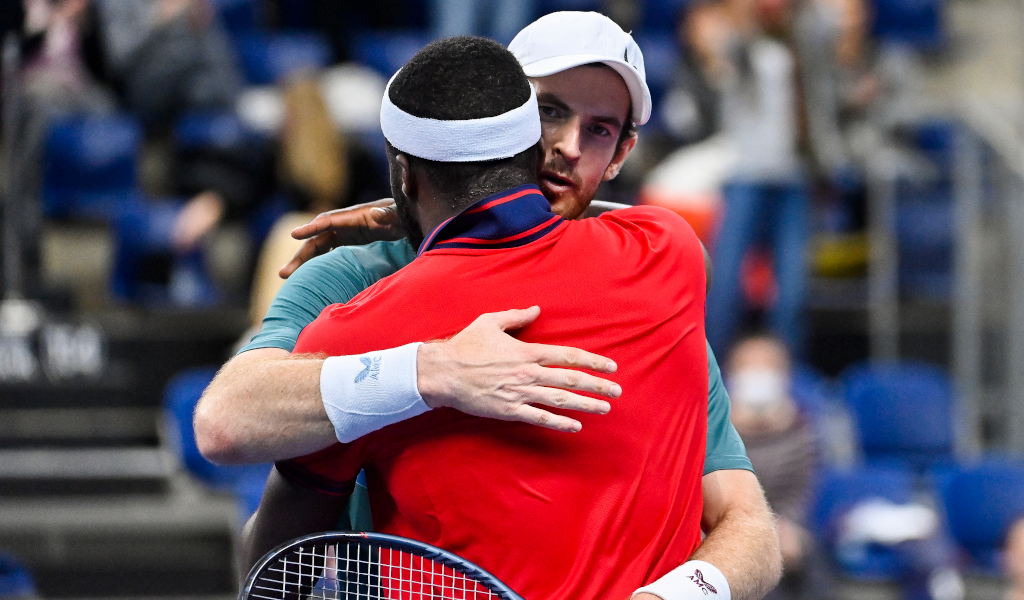 Frances Tiafoe shared a classy post on social media as he paid tribute to Andy Murray following their epic clash in Antwerp, saying “the respect I have for you is thru [sic] the roof”.

Murray revealed during his post-match press conference that they also enjoyed a rare in-depth chat in the lockerroom after the clash.

‘That was rare,’ says Andy Murray as he reveals in-depth chat with Frances Tiafoe after Antwerp epic

American Tiafoe has since taken to social media to not only reveal that he is “still hurting”, but also pay homage to former world No 1 Murray.

“I don’t even really know what to say. Last night was just insane. It definitely hurts to be on the wrong side of the stick after a match like this….but damn that’s why I play this game,” he wrote.

“Gotta S/O @andymurray you a true inspiration bro. Everything you been thru and your playing at this high of a level and still keep your standards extremely high. Asking for the best out of yourself and then some. All while having a metal hip.

“Your the biggest competitor I know the respect I have for you is thru the roof. As much as I wish I beat yo ass last night 😂😂😂. To share a historic match like that glad it was against you man.”