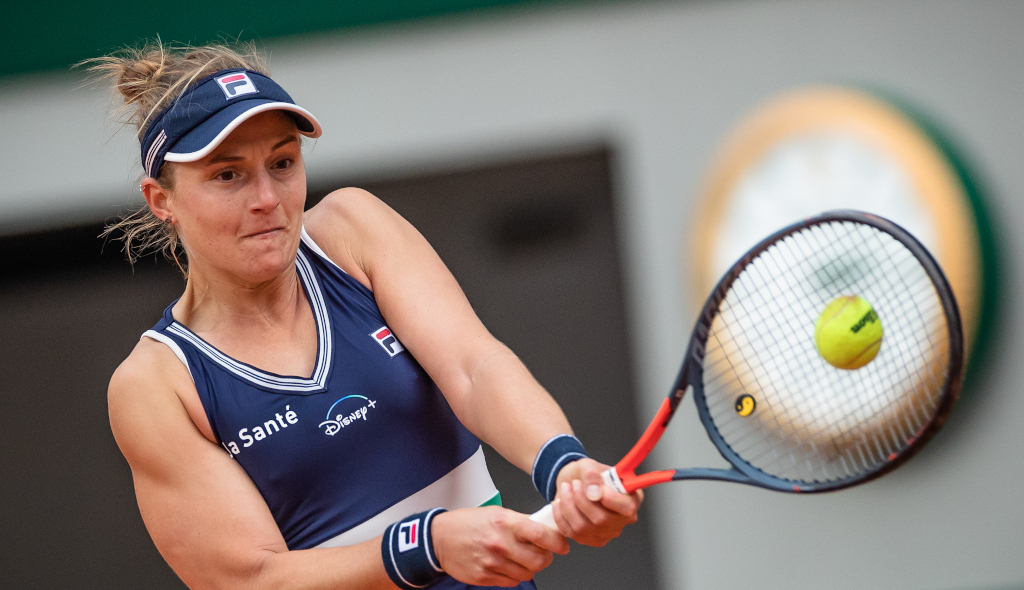 Nadia Podoroska has followed in the footsteps of fellow WTA star Daria Kasatkina by confirming she is in a relationship with a woman and she has received the seal of approval of tennis great and LGBTQ+ icon Billie Jean King.

Very few active tennis players talk about their sexuality, but Kasatkina broke barriers in July when she revealed she is gay, saying fellow Russian Nadezhda Karpova, a footballer, inspired her to come out.

“Not only did Nadya help herself by coming out and get this burden off her chest, she has also helped others,” the Russian player said.

She added in a later interview: “I’m really happy about it. As I saw, it was not just a good thing for me, also it helped other people. That’s great and I feel great. I feel happy about it and about myself and that’s most important.”

Kasatkina was widely praised as homosexuality remains a taboo subject in Russia while the likes of Naomi Osaka and Coco Gauff described her as inspirational.

And the 25-year-old’s decision has certainly made it a little easier for others to come out with Podoroska, who reached the semi-final at Roland Garros in 2020, revealing in an Instagram Story that she is in a relationship with fellow Argentine tennis player Guillermina Naya.

A series of photos of the Argentine hugging and kissing was accompanied by Podoroska writing: “Today I celebrate you from afar, but I feel you by my side every day of my life.”

The 25-year-old was praised by King, who became the first professional women’s athlete to come out as lesbian in 1981.

“Congratulations to WTA player ⁦⁦@nadiapodoroska⁩ on her announcement,” she wrote.

“Living authentically takes such courage, but it is always worth it.”

Thank you very much, BJK.
I respect you for everything you represent to us. You are a true role model in the fight for equality in sport and beyond sport 🏳️‍🌈 https://t.co/8QE3kKXfWg

Former world No 36 Podoroska replied: “Thank you very much, BJK.

“I respect you for everything you represent to us. You are a true role model in the fight for equality in sport and beyond sport 🏳️🌈”

On the court, Podoroska has played very little tennis in recent months as she has struggled with injury, resulting in a slump to No 204 in the WTA Rankings.

She suffered a string of early exits, including a first-round defeat at the US Open, but she did reach the semi-final of the Chennai Open in her last tournament in September.

READ MORE: Daria Kasatkina hits back at ‘LGBTQ+ propaganda’ suggestions: ‘Nothing influenced me, but I still like girls’