From SW19 to Flushing Meadows: 5 Lessons Learned from Wimbledon to Take to the US Open 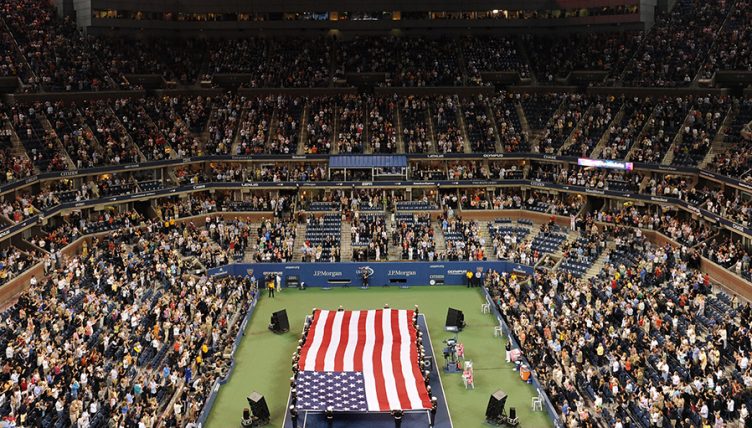 There’s nothing that quite reminds us of the relentless march of time than the knowledge that we approaching the final Grand Slam event of 2019.

By the time you read this, the dust will barely have settled on Wimbledon, and yet here we are turning our attentions to the action at Flushing Meadows in August and September.

The US Open is both lovingly predictable and yet, seemingly at times, wonderfully random. In the past decade alone, the likes of Marin Cilic, Juan Martin del Potro, Flavia Pennetta and Sam Stosur have had their names etched onto the respective trophies, and so this is a tournament where we can expect the unexpected.

That’s good news for the betting community, who might just fancy a flutter on an outsider or two to rank alongside the likes of Cilic and Naomi Osaka in their spectacular runs to the silverware. The US Open 2019 outright betting odds have been released, so you can begin to plot your wagers while considering if there are any free bet offers and promotions you want to utilise in your investments.

Before we can move forward, however, we must first look back: here are five lessons we learned from the drama that unfolded at Wimbledon this summer.

Even at a combined age of 102, Roger Federer, Novak Djokovic and Rafa Nadal continue to dominate on the major stage.

The kids are coming, improving and edging closer, but the old guard remains an unmoveable object in the Slams.

Djokovic has appeared in seven of the last ten US Open finals – he would love to roll up the surface at the Billie Jean King National Tennis Centre and take it around with him. The Serbian has reached the semis in each of his last five Grand Slam outings, and he is very much the man most likely to at Flushing Meadows.

Nadal is the anointed king of clay, but even in his advancing years the Spaniard has rediscovered his love of the hard courts. A finalist in two of the last three years in Australia, Nadal won the US in 2017 and reached the last four 12 months ago.

Federer hasn’t won at Flushing Meadows since 2008 – perhaps the searing heat in NYC is too much for his ageing legs, but he remains one of the most likely winner of any major, as evidence by his run to the last four at Roland Garros earlier in the year.

All three of them confirmed at SW19 that they are still the best in the business, and so we would expect them to advance to the business end at Flushing Meadows too.

#2 – The Women’s Game is as Unpredictable as Ever

Osaka, Pliskova, Kvitova and Collins reached the last four at the Australian, and they were followed by Barty, Anisimova, Konta and Vondrousova at the French.

At Wimbledon, it was the turn of Serena Williams, Strycova, Svitolina and Halep.

There was no major surprise in that, perhaps, with Svitolina and Halep both top-10 seeds and Serena clearly one of the best on the planet no matter what the world rankings say.

But again, it’s proof positive that predicting a winner of any of the women’s majors is a risky business.

Outgunned at the Australian and out-manoeuvred at the French, you can maybe forgive the doubters for writing off Serena Williams.

But she was very much back at it at SW19, where her lateral movement looked far more on point.

That’s a good sign for her fans, particularly as Flushing Meadows has been a favourite stomping ground in recent times. Serena won three times back to back here in 2012-14, made the semis the two years after that and in her first appearance since pregnancy she powered her way to the final, eventually going down to Osaka in straight sets.

The stars are beginning to align, and Serena will be dreaming of a seventh US Open crown.

It’s confirmation that experience on the big stage is key, and while those average ages appear surprisingly high, they could be even more extreme but for the odd anomaly.

Stefanos Tsitsipas (20) and Frances Tiafoe (21) reached the latter stages of the Australian, and Alex Zverev (22) did likewise at the French, but generally in men’s tennis old dogs can be taught new tricks…and they are using them well.

Once again, players from the Eastern part of Europe were dominant in the women’s singles draw at Wimbledon.

Messrs Halep, Strycova, Svitolina and Muchova accounted for 50% of the draw, and that echoes a theme from the most recent Grand Slam events.

Four of the eight quarter finalists at the Australian were from Eastern Europe and 3/8 likewise at the French, so that part of the world is developing top-class talent in abundance.

By the sheer weight of numbers, surely there will be another major winner from Eastern Europe in the next year or so…