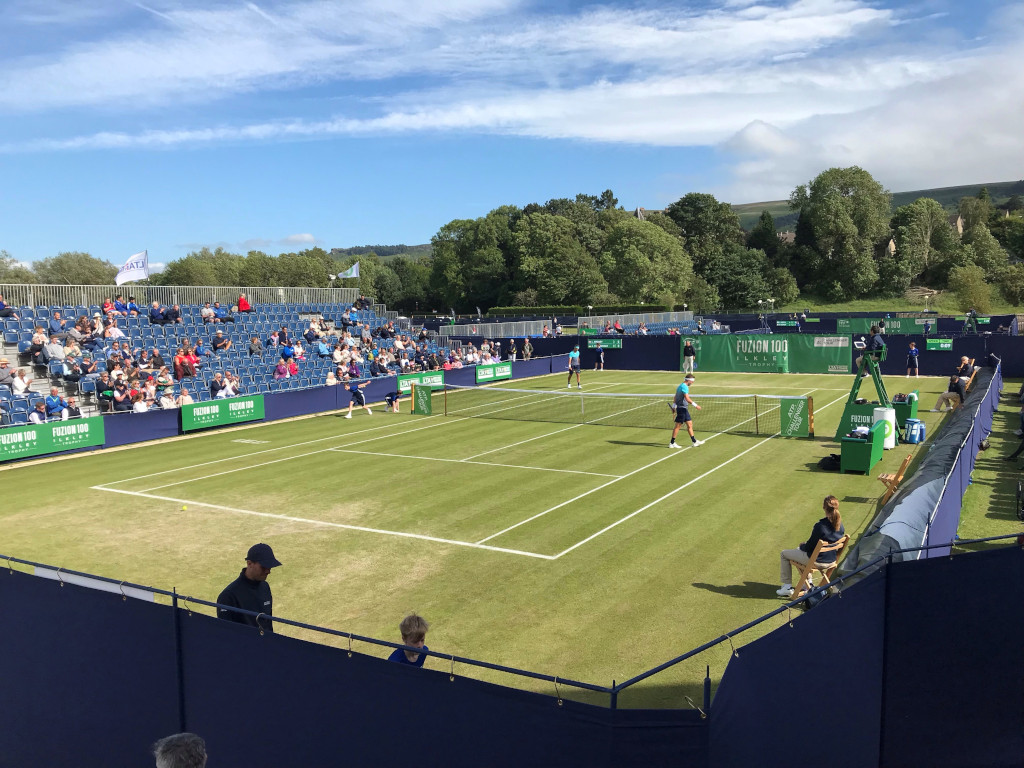 It was blue skies and a fair breeze for players at the Fuzion 100 Ilkley Trophy on Monday as the final rounds of qualifying started to make way for the main draw at the Yorkshire Ilkley Lawn Tennis and Squash Club.

Starting with matches that were left unfinished due to rain yesterday [Sunday], the day got off to a promising start for Canadian Brayden Schnur who took just two sets to send Brit Brydan Klein home from centre court 7-6(5), 7-6(4).

It was a tough day for the Brits as Freya Christie also suffered in the windy conditions, losing 6-3 6-2 to Dutch player Bibiane Schoofs, while Emily Appleton lost in straight sets to Australian Jaimee Fourlis 6-1, 6-0.

There are more home hopes tomorrow as local Leeds player Luke Johnson and his British doubles partner Jack Findel-Hawkins get their competition underway and the tournament number one seed Jordan Thompson (Australia) opens his singles campaign.

Tickets are available for all the week’s action here: https://www.theticketfactory.com/ltaci/online/