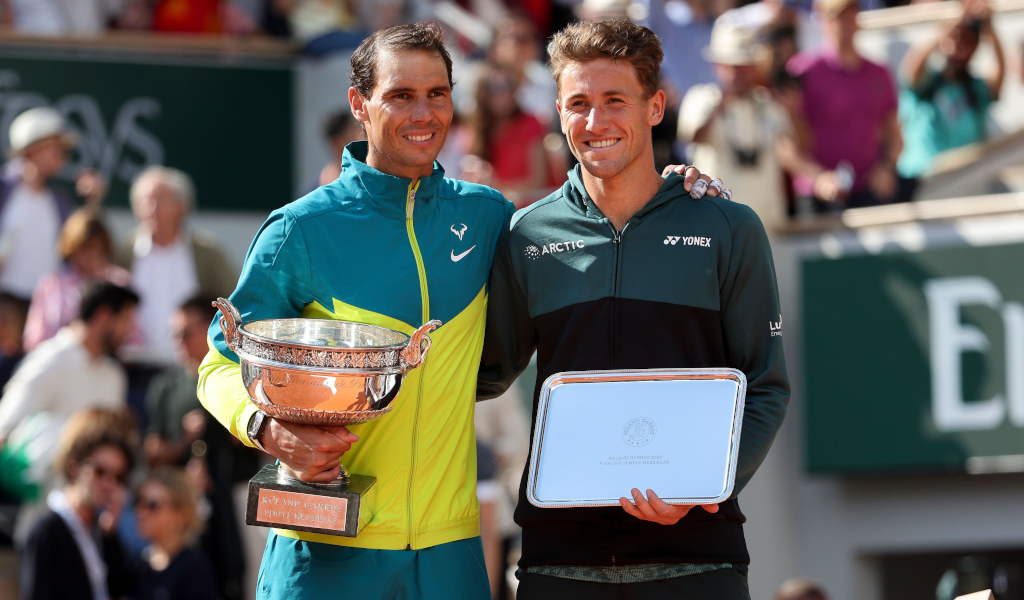 Rafael Nadal is heading to Argentina for some exhibition matches and the 22-time Grand Slam king has been given a tempting offer by local hero Gabriela Sabatini.

She may now be 52, but the one-time glamour girl of the women’s tour is clearly still in match shape as she is preparing to play alongside Nadal in a mixed doubles match.

Nadal will play Casper Ruud in singles matches on his tour of South America, with the matches set to take place shortly after the ATP Finals in Turin.

Sabatini appeared on Twitter offering Nadal a chance to play alongside her in a mixed doubles match as she said: “Hi Rafael!!! I have a proposal for you, what do you think?”

A video message went on to suggest a mixed doubles team match-up with Nadal may be a fun addition to his tour and local media have reported the contest is set to take place.

Nadal and Ruud are set to play matches in Mexico, Ecuador, Colombia, and Chile on the tour and all eyes will be on the appearance of Sabatini in the Argentine leg of the tour.

The Spanish legend is preparing to return to the ATP Tour for the first time as a father, after his wife gave birth to a baby boy earlier this month.

“Both the mum and her baby, born in the 37th week of her pregnancy,” said Nadal.

There are still doubts over whether Nadal will play any more ATP Tour events this year, but his decision to go ahead with the South America tour after the arrival of his son suggests he is ready to play again after a brief appearance at the Laver Cup where he played in Roger Federer’s final professional match.