Garbine Muguruza is optimistically looking ahead to the 2022 season 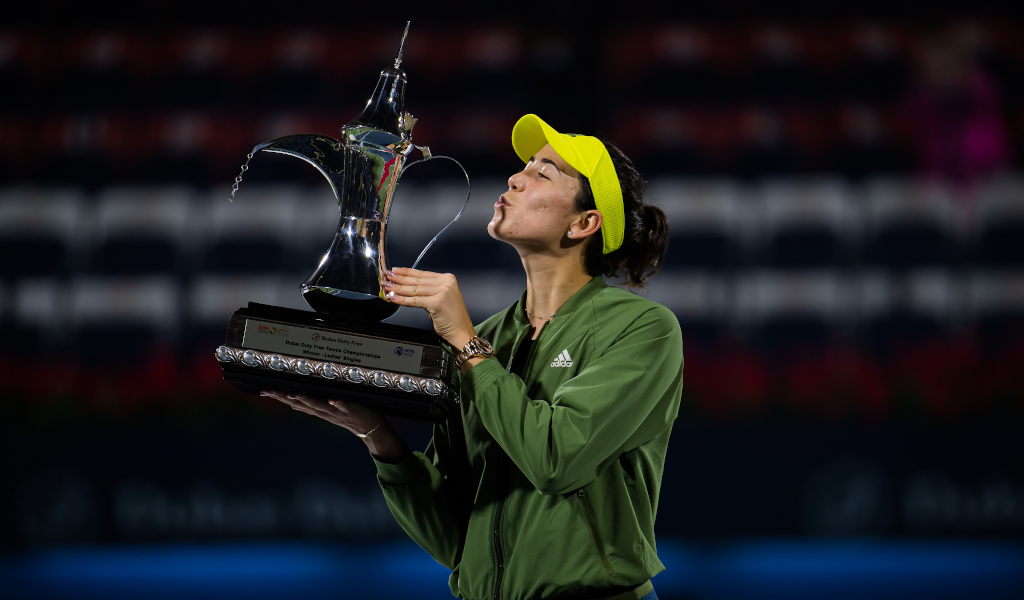 Former world No 1 Garbine Muguruza is on a high after finishing her 2021 season, rounding it off with a WTA Finals title, and she is looking ahead with optimism to the next.

The 28-year-old, who has two Grand Slam titles to her name, didn’t win a major tournament this year but believes this has been her “best career season.”

However she’s now concentrating on the competitions ahead, and she’s keeping her eye out for one tournament in particular – the Charleston Open.

“I can’t wait to come back to Charleston again,” Muguruza revealed on the competition’s Twitter page.

“It’s one of the favourite stops on the tour for a reason.

“I obviously feel at home on clay courts and look forward to seeing everyone at the tournament.”

Despite being currently ranked at No 3 in the world, Muguruza has never impressed at the Charleston Open before – she first entered the competition in 2013 but she failed to make it past the first round after being beaten by American player Jessica Pegula.

The Wimbledon winner tried again earlier this year and although she managed to get further in the competition than in her debut appearance, she only got to the round of 16 before she was knocked out of the tournament in a shock defeat to Kazakhstan’s Yulia Putintseva.

However, speaking after her WTA Finals title win in November, Muguruza is a lot more confident than she has been in past seasons, so this could be her time to shine in the South Carolina based competition.

“I truly believe this has been my best career season, even though I haven’t won slam tournaments,” the Spanish player said.

“It was a season in which I managed to find continuity in the game, albeit with ups and downs in the result.

“Now I have managed to find a balance towards which I have worked a lot with my team – this victory shows us that work pays off and that we are following the right path.”

The Charleston Open celebrates it’s 50th anniversary in 2022 and it gets underway from April 2 meaning there are a lot of competitions for Muguruza to use as practice between now and then.