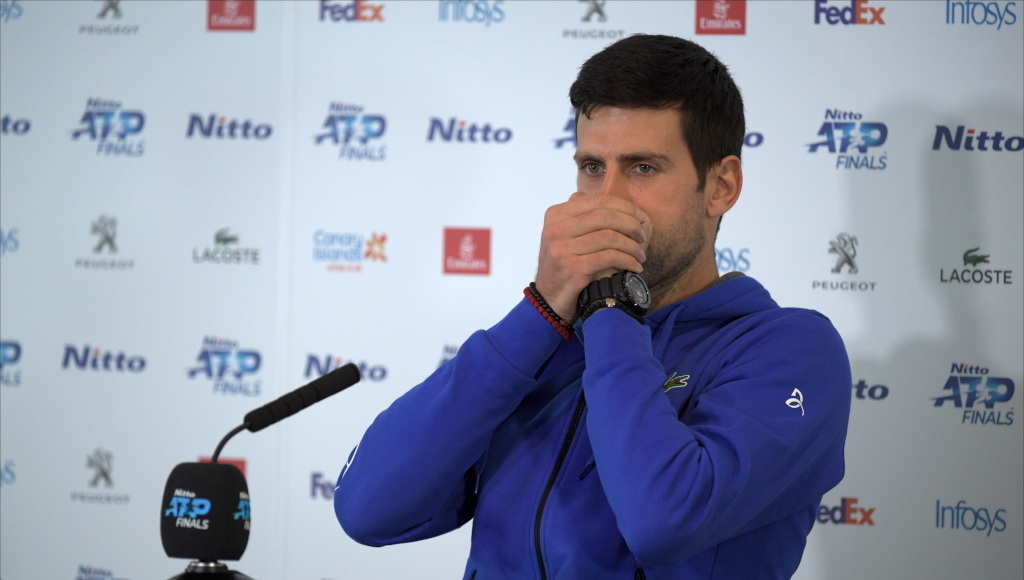 World No 1 Novak Djokovic admits “rigorous” regulations, including getting tested three times a week and sleeping at hotels at the airport, could be enforced at the US Open.

The 2020 US Open is scheduled to take place from August 31-September 13, but there are major concerns over whether or not the Grand Slam will go ahead due to the coronavirus pandemic.

With New York the epicentre of the outbreak in the US, it has caused further headaches for the organisers, who are expected to announce in mid-June if it will go ahead.

Should the tournament get the green light, then strict hygiene rules are likely to be implemented and Djokovic concedes they will be “really rigorous”.

“Just yesterday I had a telephone conversation with the leaders of world tennis, there were talks about the continuation of the season, mostly about the US Open due in late August, but it is not known whether it will be held,” he told Prva TV television and quoted by Blic online daily.

“The rules that they told us that we would have to respect to be there, to play at all, they are extreme.”

He added: “We would not have access to Manhattan, we would have to sleep in hotels at the airport, to be tested twice or three times per week.

“Also, we could bring one person to the club which is really impossible. I mean, you need your coach, then a fitness trainer, then a physiotherapist.

“All their suggestions are really rigorous but I can understand that due to financial reasons, due to already existing contracts, organisers (want the event to be) held. We will see what will happen.”