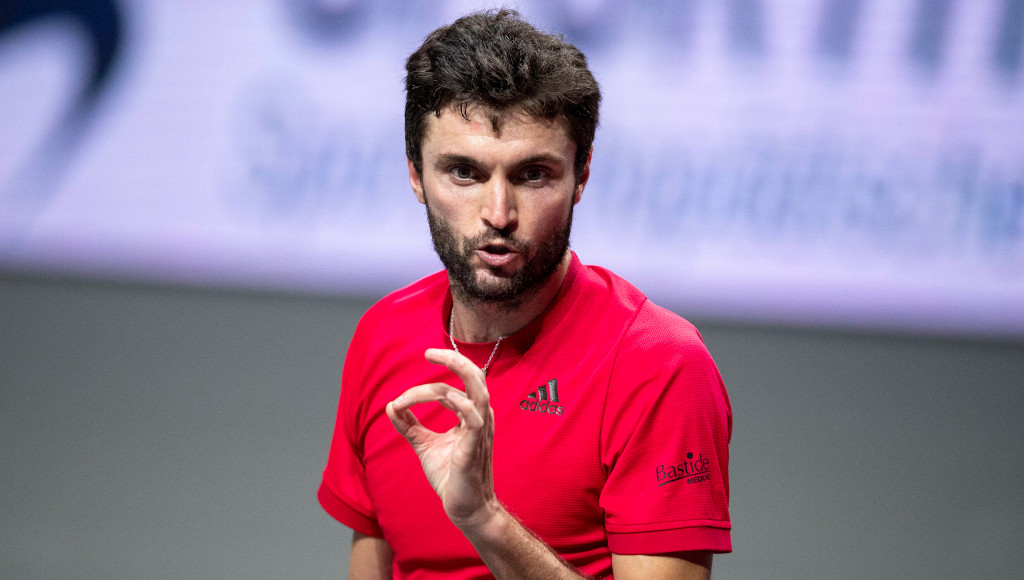 He has nothing “personally” against Roger Federer, but Gilles Simon believes the Swiss great’s style and image have set the sport back 20 years, adding that it would be good for tennis if Federer’s records are broken.

On the back of the release of his autobiography, Ce Sport Qui Vous Rend Fou (This Sport that Makes You Crazy) Gilles Simon gave an interview with French paper Le Parisien.

He discussed various chapters of the book, including his take on Federer’s impact on tennis, which is titled “The Federer Myth”, and why it has had a negative effect on the sport.

“I have nothing against Roger Federer personally, but [have something] against the image we have of him,” he told the French paper.

“For decades, it has been believed that only Federers should be trained. And he, with his style of play, his way of going forward, the confidence he exudes, came to validate these choices. He made us lose 20 years!

“In France, everyone wants Federer: parents, coaches… We don’t realise that Rafael Nadal has won so many Grand Slams (20) by doing something quite different. That’s why it would help if Federer’s records fell because we’d finally have to see the others. We weren’t lucky enough to have a Federer. But why haven’t we had a [Marin] Cilic?”

Cilic won the 2014 US Open and also reached the 2017 Wimbledon and 2018 Australian Open finals – losing both against Federer – despite playing in the era of the Big Three of Federer, Nadal and Novak Djokovic.

Simon believes French players should take a leaf out of the Cilic book.

“Despite the Big 3, Cilic won a Grand Slam and made two finals. Why? It’s not about his forehand, his game and even less his physique. But in his mind, he’s stronger than us. Four levels above,” he said.

“We (French players) have beaten Cilic many times, but when we got to a little more important matches like in the Davis Cup, he beat us every time. Was Jo [Wilfred Tsonga] less strong? No. But he didn’t win. And so we are going to talk about the mind again. There it is, it’s cultural, French athletes are not mentally tough!”