Glass courts: The future of tennis or first world fad? 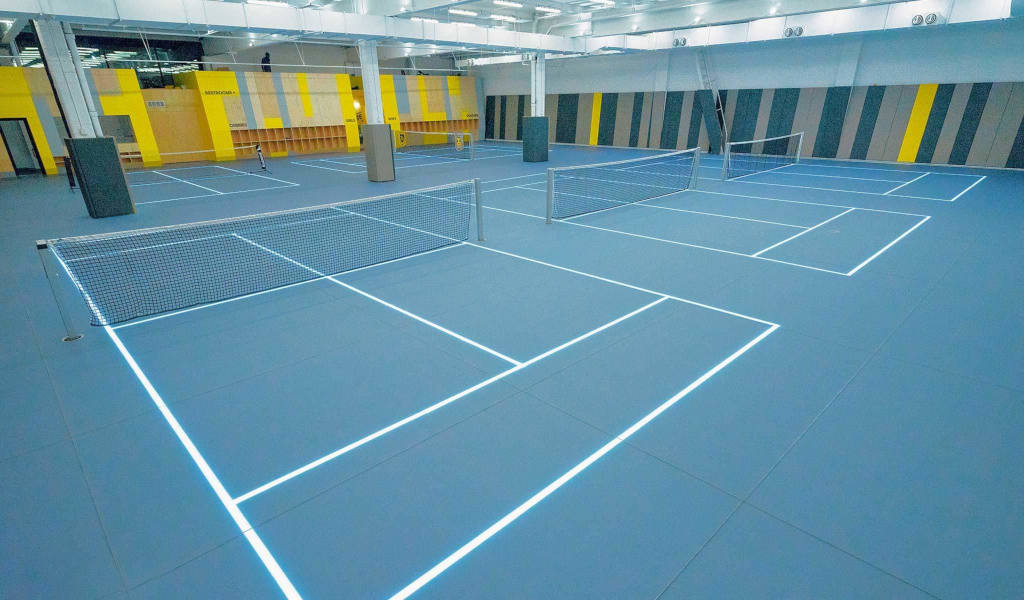 Professional tennis is largely limited to play on three types of surface in the current era but a new possibility has emerged in the form of glass courts.

While there is yet to be a professional match played on a glass court, a handful of private clubs have installed multi-purpose glass courts.

The glass allows led lines to be easily adjusted and adapted and the surface has the potential to accomodate impact measuring technology or other tracking systems.

Glass has become an increasingly popular alternative surface in sports like basketball and volleyball.

German company ASB have pioneered what they have dubbed LumiFlex flooring, a surface that combines thin layers of aluminium, ceramic and a matt glass top layer.

A feature that will be of much more interest to Tournament Directors rather than the players, the LED lights can easily display advertisement’s or other graphics for the benefit of fans.

Glass courts could also be used as a training aid for players during practice and some of those features are on display at the Court 16 facility in Long Island, New York.

Despite what you might expect from a glass playing surface, the developers of the technology claim that floor texture helps mitigate sliding on the court, can reduce the chance of sustaining friction burns if they fall and they claim the glass bends 1.8 times more than a hardwood floor, thereby increasing shock absorption by 65%, according to the data that the creators have put out.

“Everyone always thinks glass is a very rigid material and very stiff, but it isn’t,” said Christof Babinsky, the CEO of ASB GlassFloor.

“It’s actually more elastic than you use for standard hardwood sports floors.”

Ceramic dots embedded into the glass surface help to provide more grip across the floor for both players and the ball, while a specialized treatment eliminates the glass’ reflection of light so as not to distract players.

ASB have expressed their hopes that the tennis world will see the potential of the courts to increase fan engagement and interest.

“We see a future where we want to animate the live games,” Babinsky said.

“We hope that, by introducing features like this, we can make the other sports more appealing.”

The chief obstacle to a larger scale rollout of glass courts is the prohibitive cost.

As things stand the construction of even the cheapest tennis court will set the builder back a tidy sum.

Tellingly only an exclusive upmarket tennis club has so far employed a glass court.

The claims that players will experience less injuries would be something that needs to be put to the test as opinions are still divided on which of the exisiting surfaces is actually best for the players.

Glass courts are likely to enter the elite game through the world of exhibition matches long before any tournaments are played on the surface.

It seems unlikely that the surface will catch on but indoor tournaments might consider ripping up the hard courts that have replaced the abominable carpets which players had no time for at all, and once again add a fourth surface to the pro tours.

READ MORE: Former World No 1 on board with Tom Brady’s pickleball team