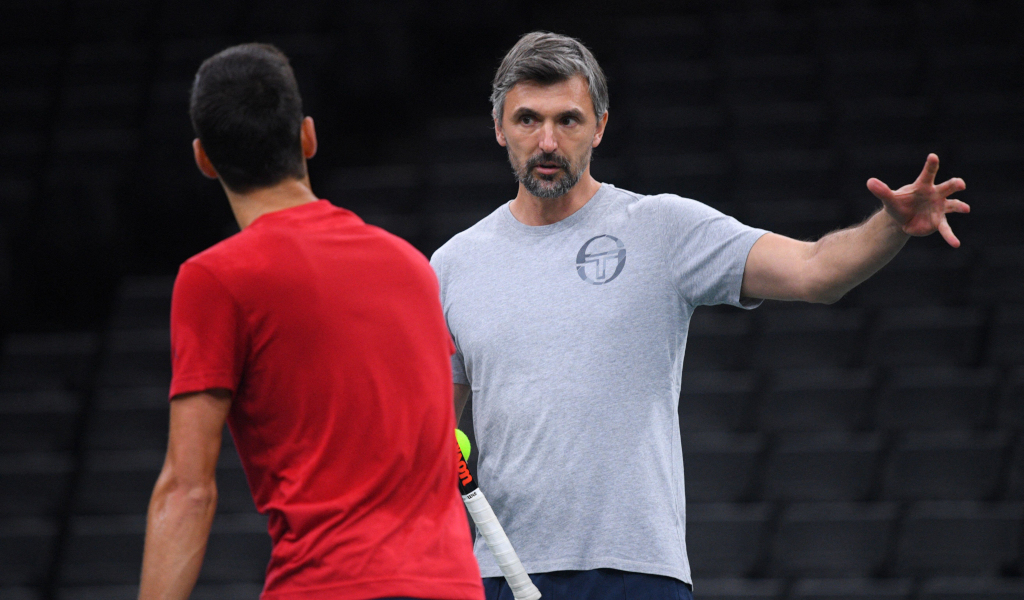 Novak Djokovic may be “preparing as if he will be allowed to compete” at the US Open, but his coach Goran Ivanisevic says he has “zero hope” that the 21-time Grand Slam winner will play at Flushing Meadows.

Under current Centers for Disease Control and Prevention regulations in the United States, foreigners who are not vaccinated against Covid-19 are not allowed to enter the country.

Djokovic remains unvaccinated against the coronavirus and he has made it clear on numerous occasions that he will not change his mind, despite missing the defence of his Australian Open title and the Indian Wells and Miami Open earlier this year due to his status.

However, there is a movement in the United States that have called on President Joe Biden to change the stance and allow the Serbian to play in the final Grand Slam of the year.

Texas Senator Drew Springer took to Twitter to call on Biden to “LetNovakPlay”.

“Biden is banning Novak Djokovic from coming to USA to play the US Open but allows millions of unvaccinated illegals to flood across the border,” he wrote.

Despite the campaign, Ivansevic fears it is all over bar the shouting for Djokovic.

“There is always hope, Novak will do everything to be there, maybe he will get a special visa. But there are only two weeks. And, personally, I have zero hope that [Joe] Biden will change the rules before the tournament starts,” he told La Repubblica.

“For me it is all nonsense and bull****: if you are vaccinated but positive you can enter the United States. If you are not vaccinated but negative, you are banned. There is too much politics in sports.”

After missing the Australian Open and early North American swing, Djokovic played a full clay-court season and struggled early on, but he finally found his rhythm in Rome as he won the Italian Open.

He then “ran out of gas” in his quarter-final against Rafael Nadal at Roland Garros before going on to win Wimbledon just over three weeks later.

Ivanisevic explained: “As he was not vaccinated, Nole did not know where he would be allowed to play until the end.

“In Monte Carlo he was not ready, in Belgrade he ran out of gas in the final and Paris he met Nadal who was better than him. The real rebirth began in Rome.”

Asked if Djokovic thought about retiring when he came in for some strong criticism over his stance, the Croatian replied: No. If it had happened to another tennis player, in 90% of cases he would have stopped.

“Instead, Nole is a born fighter, as well as being a genius of the sport. Sometimes the genes are a little strange and he needed it, time to rework something as serious as what it took him in Australia.”