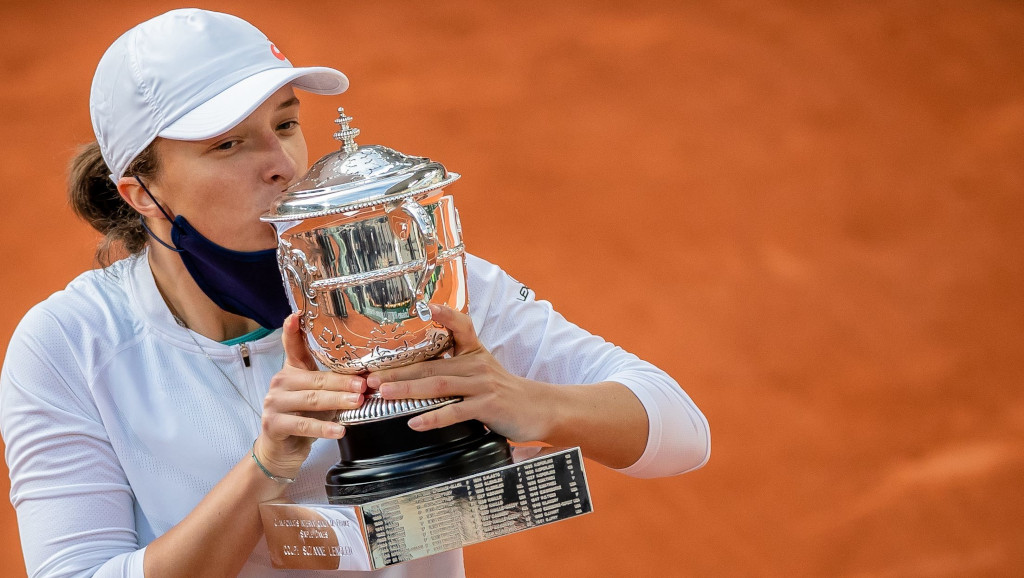 First-time Grand Slam winners Sofia Kenin and Iga Swiatek as well as US Open champion Naomi Osaka are on the six-player shortlist for the 2020 WTA Player of the Year award.

American Kenin won her maiden major when she beat Garbine Muguruza in the Australian Open final at the start of the year while she also won the Lyon Open.

The 22-year-old, who finished top of the WTA prize-money list for 2020, also finished runner-up to Swiatek at the French Open final and reached the fourth-round at Flushing Meadows.

Swiatek, who started the year at No 59 in the WTA Rankings, became the first Pole to win a Grand Slam singles title when she won her maiden WTA trophy at Roland Garros without dropping a set.

The 19-year-old finished the year at No 17 and also received the nod for the WTA Most Improved Player of the Year award.

Osaka, meanwhile, won her third Grand Slam when she defeated Victoria Azarenka in the US Open final while she also finished runner-up at the Cincinnati Masters.

Azarenka also made the shortlist on the back of her Cincinnati and US Open displays while world No 2 Simona Halep and world No 10 Aryna Sabalenka are nominated after winning three titles each.

As for the WTA Newcomer of the Year nominations, Argentine Nadia Podoroska and Martina Trevisan cracked the nod after they reached the French Open semi-final and quarter-finals, respectively, along with Canadian teenager Leylah Fernandez and American Ann Li.

Two-time Grand Slam winner Azarenka is also in the running for the WTA Comeback Player of the Year along with US Open quarter-finalist Tsvetana Pironkova, US Open women’s doubles champion Laura Siegemund, and Istanbul Cup winner Patricia-Maria Tig.