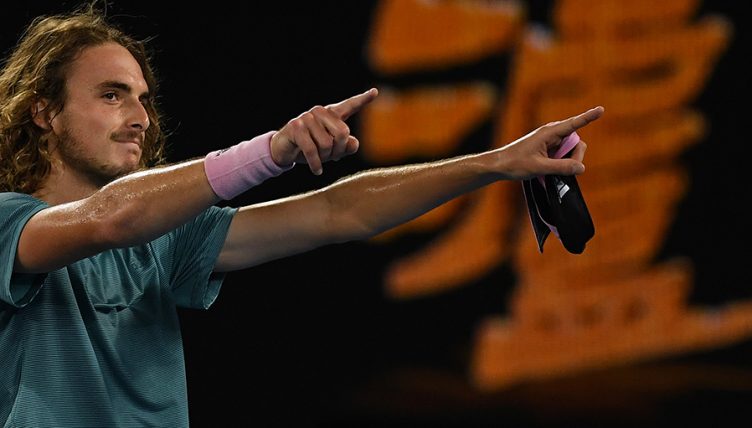 Greg Rusedski says that Stefanos Tsitsipas is the natural successor to Roger Federer after giving the Greek star a glowing reference.

Tsitsipas has risen to number six in the world despite being just 20-years-old, and has already beaten Federer at a Grand Slam after getting the better of him at the Australian Open this year.

Rusedski, though, says none of that is a fluke, and has tipped Tsitsipas to ultimately replace Federer as the premier player on the ATP Tour.

“He’s so much better as a player than he was a year ago and he’s getting better,” Rusedski told Amazon Prime.

“His transitioning game coming forward, playing doubles so much more this year. I think he will be a Wimbledon champion as well as a world number one. He’s that good.

“He reminds me of a young Roger Federer. A guy who’s got that full package.

“He looks a little bit like Bjorn Borg the way he walks around the court but what I like, he’s a complete player and he has this mental fortitude where he believes he belongs.

“It’s also the tragedy, he nearly drowned as a youngster and I think that put his life in perspective.

“He has things he enjoys off the court but on the court, against the very best, he believes he can beat them and should beat them.

“That is a very rare quality to find in a player and he has that.”