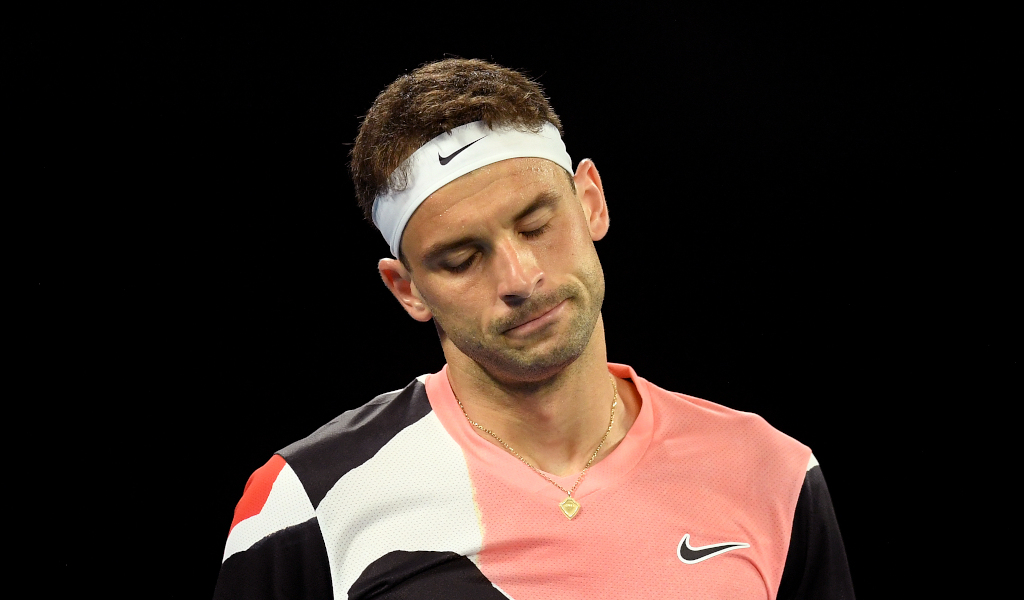 Bulgarian Grigor Dimitrov, who has reached the heights of world No 3 in his career before, is suspected of having tested positive for Covid-19 after he was forced to pull out of the Dallas Open which starts on February 7.

On Friday the tournament organisers put a post on Twitter to announce the news, saying that the 30-year-old had withdrawn from the tournament because he entered Covid health and safety protocols.

Grigor Dimitrov has withdrawn from the tournament because he has entered COVID health and safety protocols. pic.twitter.com/EIcxhOfcaO

John Isner, two time US Open quarter finalist who lives in Texas, is one of the competition’s ambassadors and was delighted when Dimitrov signed up as he was due to be one of the leading players at the Dallas Open’s debut but now he will have to delay his Texan experience for another year.

So far the 2017 ATP Finals winner was having a great start to the season before his positive result curtailed his success – he managed to make it to the semi finals of the Melbourne Summer Set warm up tournament before he was defeated by French player Maxime Cressy, who went on to lose to Rafael Nadal in the final.

However, the only Bulgarian player to ever reach the top 10 in the player rankers had a nightmare Australian Open after he was able to reach the quarter finals of the season opening Grand Slam last year, as he shockingly crashed out of the tournament in the second round after losing to France’s Benoit Paire, who went on to be defeated by semi finallist Stefanos Tsitsipas in the following round.

All hope isn’t lost however, even though Dimitrov isn’t able to play in the Dallas Open, he will hopefully be fit and ready to play in the Delray Beach Open which he hasn’t played in during the past six years, and that tournament is being held in Florida, USA from February 14.