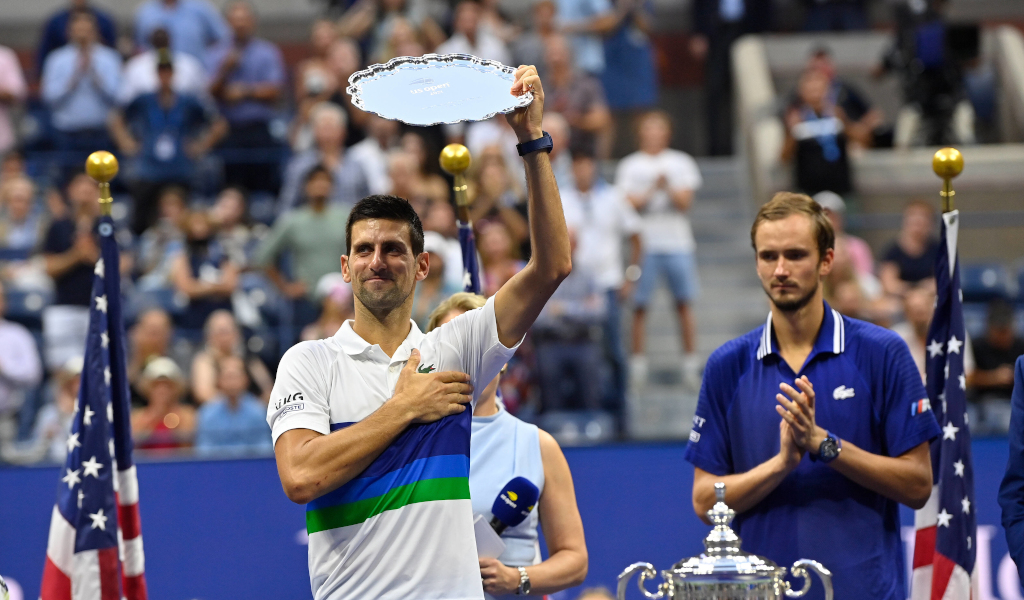 Guy Forget feels “we have reached a tipping point” in terms of tennis fans’ affection for Novak Djokovic on the back of the support her received during the US Open final.

Djokovic has often been the pantomime villain in the eyes of many tennis fans and spectators have often made no secret of the fact that would rather support his rivals during big matches.

However, he had the majority of the support inside Arthur Ashe Stadium when he took on Daniil Medvedev in the US Open final in September.

Although Medvedev won in three sets to deny Djokovic a record-breaking 21st Grand Slam title, the world No 1 broke down in tears close to the end of the match and later admitted “I felt something I never felt in my life here in New York. The crowd made me feel very special”.

Forget was asked about the reception the Serbian received in New York and replied: “We know in general the public tends to support the older players, the challenger, the one that has more difficulties. We could feel how difficult it was for him at the time. The public reacted in this way because of this.

“The public realised that even though Novak tends to be rigorous and always in control, there seems to be a huge wall that cannot be broken down. We saw him moved, affected, by this loss. The public showed that they admired this resilience, this pugnacity. This is actually why we are watching sports and follow this, it’s for the emotions that are conveyed by the tennis players.

“Jimmy Connors, for instance, he wasn’t very much liked by the public, but towards the end of his career he was loved by everyone.

“We’re delighted to have him among us for this tournament.”