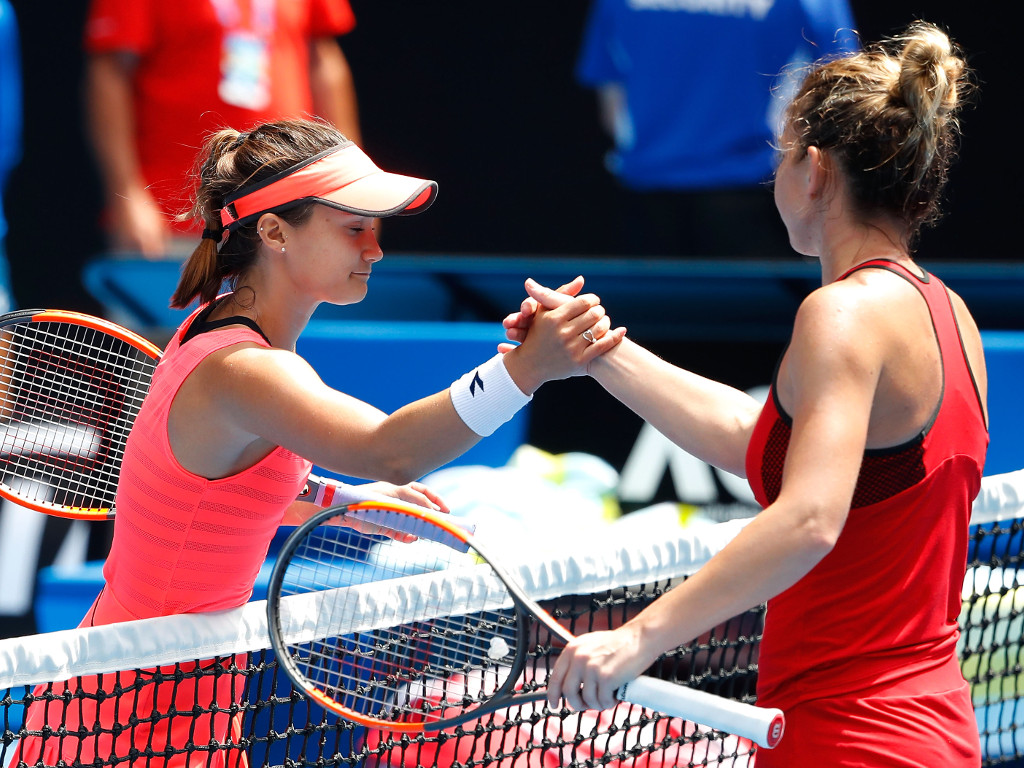 World No 1 Simona Halep saved three match points before rallying to an epic 4-6 6-4 15-13 win over the unseeded Lauren Davies.

Losing the first set to the American on Saturday morning, Halep was forced to dig deep to level the match, taking it in a final set.

That proved to be an epic lasting 143 minutes.

With neither player dropping their level, in fact raising it, they traded blows before Davis raced to a 40-0 lead – and three match points – on Halep’s serve at 11-10.

She failed to convert and was called on the trainer to treat a painful dislodged toe nail.

After a five minute break, the two were back at it, with Halep the next to bag match points – and on her own serve.

She claimed the three-set win in three hours and 47 minutes.

“Definitely was a very tough match, so long,” said Halep.

“I never played the third set so long, so I’m really happy I could stay and win it. I’m almost dead.”

“I just feel that my muscles are gone. My ankle is, I don’t know how it is because I don’t feel it anymore, but it was nice to be on court. It was nice to win this match.”