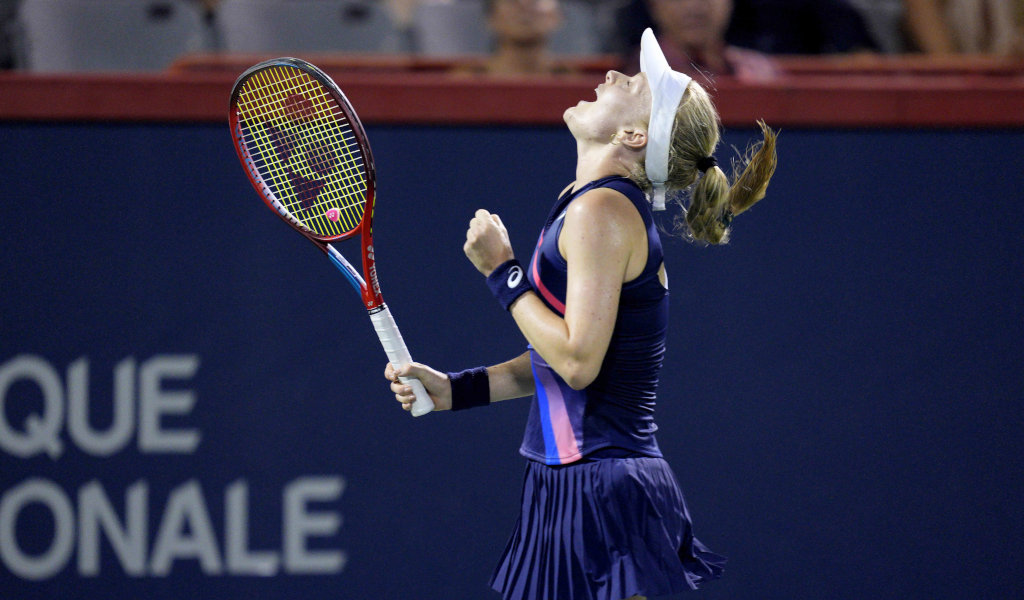 She describes herself as “a grafter” and admits she wasn’t “emotionally ready” for the challengers on the WTA Tour a few years ago, but Harriet Dart’s “grafting” is now starting to pay off.

Dart produced her best showing at the highest level in women’s tennis as she reached the fourth round of the BNP Paribas Open last week.

After coming through two qualifying rounds to reach the main draw, her first-round opponent Ana Konjuh threw in the towel with Dart leading 6-3, 3-1. She then stunned former world No 1 Elina Svitolina in the second round before seeing off Kaia Kanepi from Estonia in the third round.

She fell in the fourth round against former US Open finalist Madison Keys, but her run helped her to climb into the WTA top 100 for the first time.

“It means everything – my entire life has been about tennis and to finally reap the rewards in reaching the top 100 means so much,” the 25-year-old told the Lawn Tennis Association.

“I think any player who plays tennis and has dreams of reaching the top, that’s a big step.

“It’s been insane – on my debut here, to win five matches, if someone had told me that at the start of the week I would have laughed.

“I think what I’m most proud of is showing how much of a fighter I am and how much of a competitor I am. No matter what the score is I’m always going to fight.”

Dart made her WTA debut as an 18-year-old in 2015 while she made her Grand Slam main draw debut at Wimbledon three years later after receiving a wildcard entry.

After reaching the third round of Wimbledon in 2019, she struggled to really make an impact at the bigger events after that and she admits that she probably was not ready for the challenges.

“I’m definitely a grafter! I think everyone’s trajectory is very different and maybe I wasn’t emotionally ready to handle it a few years back when I was close to cracking it,” she said.

“For whatever reason those things didn’t align and now I feel much more equipped to deal with more things and keep pushing on.

“The biggest change (in my game) for me has been my emotional maturity over the last year and how far I’ve come in that sense. I have so much more to learn and develop in that area but to me it’s about channelling my emotion on court in the right direction, and I feel like this week has been a telling sign that I’m improving.

“When things have got close I’ve really stepped up to the plate and haven’t let my emotions take hold of me. I’ve kept in the moment and really believed in myself.”

After the highs of Indian Wells came the lows of Miami as she lost in qualifying of the WTA 1000 event on Monday, but there is still plenty of room for improvement.

“It’s important for me to keep growing and learning – I feel like I have so much more to give and that’s what excites and motivates me to go out on court every day,” Dart said.

“I feel if I keep developing and improving my game then the results will come, whether that’s this week, next week or in a few months’ time, it’s about continuously improving and giving the best that I can every day.”