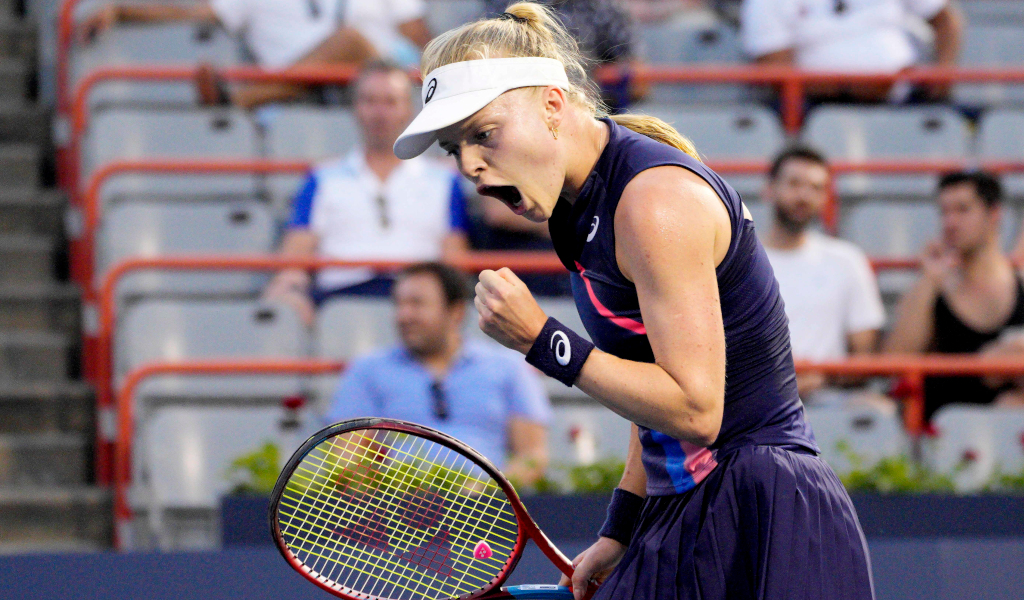 Harriet Dart produced another sensational display as she continued her best-ever run at a WTA 1000 event with a straight-set victory over Kaia Kanepi at the BNP Paribas Open.

After coming through qualifying, Dart secured her place in the fourth round in Indian Wells with an excellent 7-6 (7-4), 6-3 victory over former top 20 player Kanepi of Estonia in one hour and 40 minutes to set up a clash against Madison Keys.

The win will also see the British player move into the WTA top 100 for the first time, having started the tournament outside the top 120.

Same court, same result.
Qualifier Harriet Dart beats Kaia Kanepi 7-6 6-3 to move into the fourth round @BNPPARIBASOPEN and, a week from now, the world’s top 100 pic.twitter.com/BkLUmVpVZh

The British No 2 – who defeated former world No 1 Elina Svitolina in three sets in the second round – bounced back from an early break as Kanepi opened up a 3-1 lead. Although Dart hit back immediately in game five, her opponent broke again in the next game for a 4-2 lead.

They were back on serve in serve in game nine as the 25-year-old got the break back only for Kanepi to fashion two set points in the next game. Dart saved both and then edged the tie-breaker.

Dart then broke to love in game six of the set set and, after the Estonian saved a match point in game eight, the world No 122 completed the job on her third match point in the next game.

The win saw Dart move up to a provisional No 99 in the WTA Rankings and she faces former US Open runner-up Keys for a place in the quarter-final. American Keys defeated her compatriot Alison Riske 7-6 (7-4), 6-1.