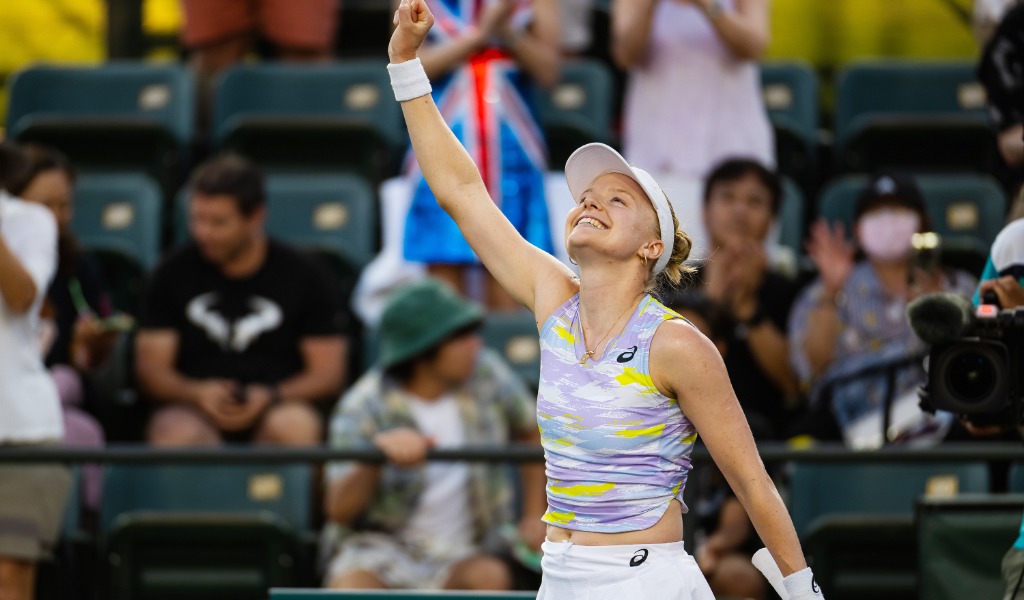 British player Harriet Dart is currently on a successful winning streak in California at the BNP Paribas Open and has made it through to the round of 16 and has defeated a top 20 player in the form of Elina Svitolina along the way.

As a result of her performance at the competition, she could make her top 100 debut in the rankings.

However, it’s only recently that she’s hit this victorious patch and she feels that her growth as a player is what is to thank for her so far successful tournament.

“I always knew my level was there but until you get those wins under your belt that’s when you really believe, I feel like I’ve grown as an individual and as a player in the last year especially,” the 25-year-old explained to the WTA Tour website.

“To be honest I was coming here with really no expectations and just taking everything in my stride, just enjoying being here, but also knowing that I can play at this level.

“Whether my results were going to come this week, next week or the weeks to come, it’s just about being patient, I’m really happy that my performances have showed some good results this week.”

Dart went through a tough time before this recent success and she admits this really affected her on-court performances, but she’s striving to separate her personal life from the tennis world.

“I went through a really horrible breakup, which I wouldn’t wish upon anyone, it was a real tough time for me and if really affected me on-court – as much as people say those things shouldn’t affect you, it’s really challenging to sometimes separate it,” the Wimbledon doubles finalist revealed.

“Now I feel like I’ve got a better perspective on things in terms of separating my private life and my work, I want to know when I go to sleep at night that I’ve given everything and that I haven’t mentally tapped out, I haven’t just thrown the toys out of the pram and been a bit of a brat.

Dart next faces American Madison Keys in the round of 16 at the Indian Wells Masters later today.