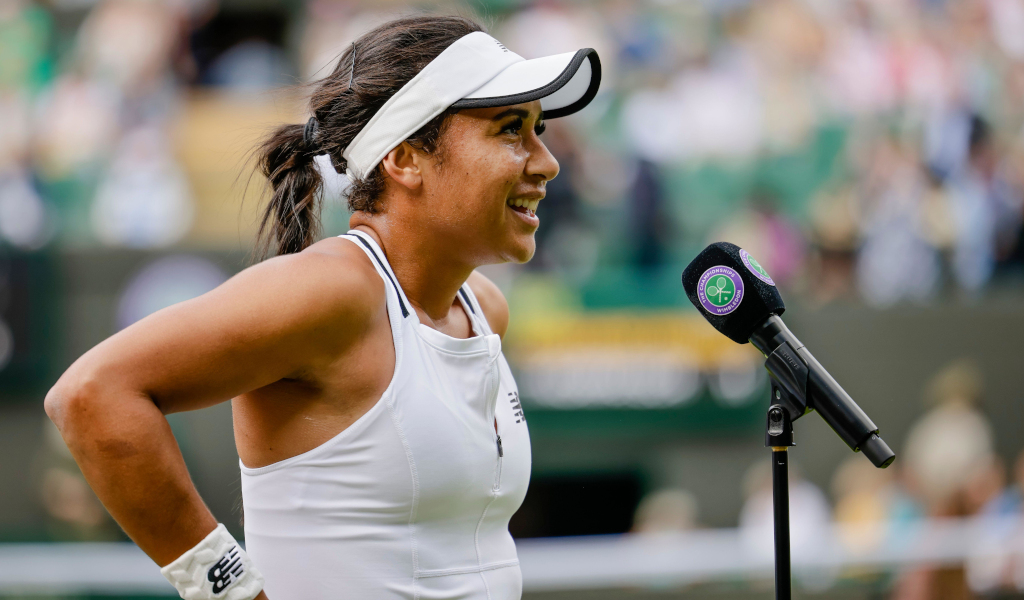 Only a few British players remain in the Wimbledon Championships singles tournament and two of those are playing their third round matches today.

Heather Watson and Cameron Norrie are two of the remaining four Brits in the competition and they’ll be playing to progress further into the Grand Slam competition.

This is the first time in five years that Watson has made it to the third round of a Grand Slam and she’ll be facing Kaja Juvan later today.

“I’m pretty relaxed about it right now,” the 30-year-old revealed.

“I’ve been here before, I’m just taking it step-by-step, match by match.

“I feel, as I’ve gotten older, I’ve been on the tour many years now, my highs aren’t as high, but my lows aren’t as low.”

Norrie is also in action and he’ll be looking to reach the fourth round of a major tournament for the first time in his career when he takes on Steve Johnson from the United States.

“It’s another opportunity to embrace the pressure, embrace the challenge of trying to make the second week,” Norrie said.

“I want to do it for me and my team, to prove that I can do it at Slams, not just at other tournaments. It’s Wimbledon, I just want to do well here and play my best tennis.

“This is the biggest tournament of the year for me, being at home, in front of all the fans. I just want to do it to enjoy that moment.”

The two other Brits who are still in with a chance at the tournament are Liam Broady who knocked out 12th seed Diego Schwartzman, and he is set to play Alex De Minaur in the third round tomorrow.

Funnily enough, the other Brit still standing is De Minaur’s girlfriend Katie Boulter who is set to take on Harmony Tan, who defeated Serena Williams, tomorrow.