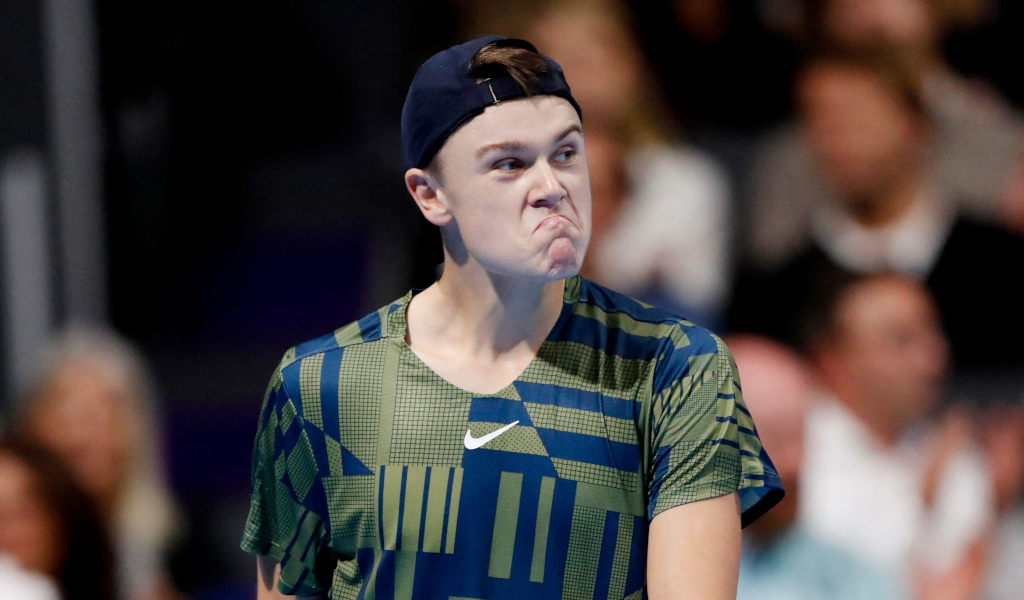 He hasn’t set himself a goal yet for the 2023 season, but Holger Rune feels the next step in terms of his career is to win a Grand Slam.

Rune started his campaign at No 103 in the ATP Rankings, but he found himself inside the top 50 by May after winning his maiden ATP Tour title at the Bavarian Championship. He then hit the top 30 after reaching his first Grand Slam quarter-final at the French Open.

Following a relatively quiet few months, he enjoyed a dream October as he finished runner-up at the Sofia Open, won the Stockholm Open and was also a finalist at the Swiss Indoors to climb into the top 20.

Yet bigger and better things were to come as he won his maiden ATP Masters 1000 title at the Paris Masters – defeating Stan Wawrinka, 10th seed Hubert Hurkacz, seventh seed Andrey Rublev, world No 1 Carlos Alcaraz and eighth seed Felix Auger-Aliassime en route to the final. In the final itself he came back from a set down to beat 21-time Grand Slam winner Novak Djokovic.

The Norwegian, who finished the year at No 11, is hoping for further improvement next year with a Grand Slam title high on his wish list.

“I always set my goals with my coach in December, before the start of the coming season,” he told Relevant Tennis. “Ranking is not just a number – we take a careful look at the tournaments I want to play, talking about how deep I can go and what I need to improve to achieve what I want.

.@holgerrune2003 about planning a season and his goals for the future 🗣️

The 19-year-old also opened up about his diet and how getting the right eating plan helped him to improve during matches.

“I am very calm and relaxed as a person – almost a little lazy. So I don’t stress over things related to press or work. Sometimes it is good to be a little lazy because you can’t control everything. I use my energy on court. And I have a really good family around me.

“Also, it is important to eat well and sleep enough during the season. Because if I have no energy, the engine will burn out. I have a nutrition plan now so I know I get what I need. We found out I did not get half of the sugar and salt I needed [for matches], that is why I had meltdown and cramps.

“I really did not know [things like these] could make so much difference… My coach says that a Ferrari with no fuel is useless. He is right. So I am much more aware now of what I eat… even though I love pepperoni pizza and ice cream.”