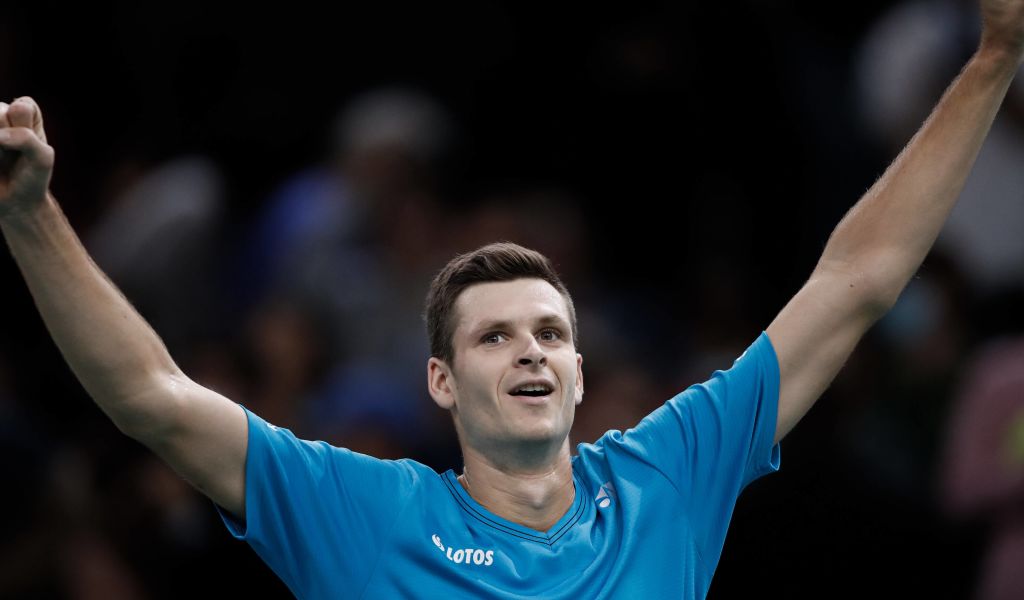 The final place in this year’s ATP Finals has been snapped up after Hubert Hurkacz battled his way through to the semi-finals at the Paris Masters with a win against James Duckworth.

Hurkacz has displayed some nerves in the French capital this week and his joy was evident as he sealed his three set win against Duckworth with a match-winning lob.

“It feels incredible. Obviously going to Turin is a dream,” said Hurkacz.

“Growing up as a kid, seeing all those top guys playing in the Finals, it’s inspiring. Now being among them, it’s very special because it’s just eight spots there, so it’s not that easy to get there.

“I’m getting so much support, especially from other athletes… I’m privileged to be in this position, and I hope I am making Poland a little proud.

“Interest in tennis is growing in Poland also with Iga (Swiatek), who is in the WTA Finals, so it’s amazing to have both players at the high level. Hopefully we will have a lot more guys and girls join the top soon.”

Hurkacz closed the door on Britain’s Cameron Norrie pipping him for the final place in the Turin end-of-season event, as he backed up his run to the semi-finals of Wimbledon last July by booking his place in the ATP Finals for the first time.

Andrea Gaudenzi, ATP Chairman, said: “Congratulations to all players at this year’s Nitto ATP Finals. Competition on the Tour is fierce and to be standing amongst the top 8 at the end of the season is a phenomenal achievement. We look forward to a high-energy and action-packed season finale in Turin.”