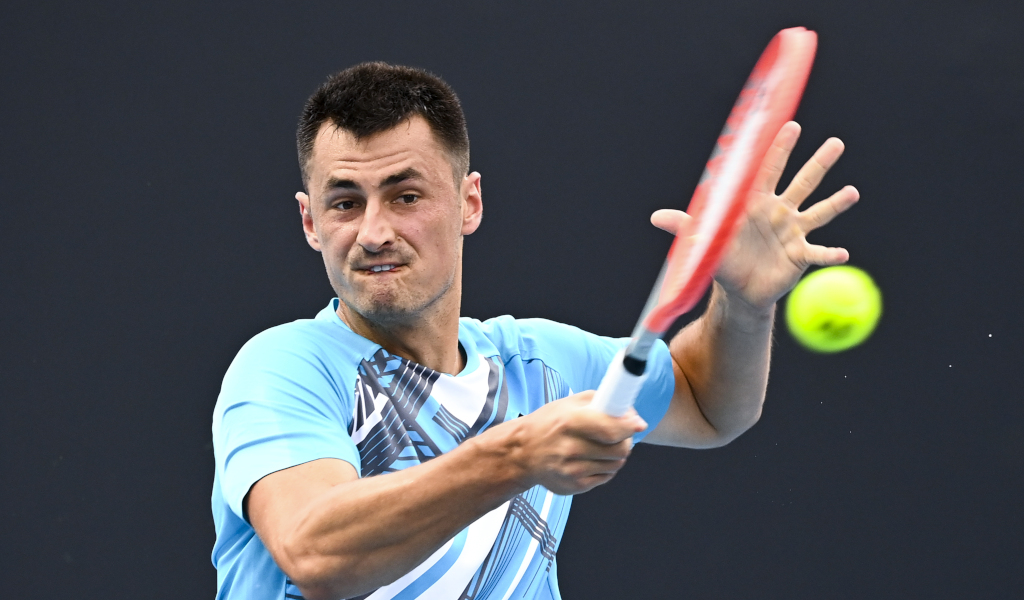 He is “training, sweating and pushing” hard ahead of his latest comeback and Bernard Tomic believes his blood, sweat and tears will eventually pay off and help him to get back to the top of the sport.

Tomic appeared to have the world at his feet when he won the Australian Open Boys’ singles title at the age of 15 in 2008 and the US Open the following year.

After an impressive start to his professional career that saw him win three ATP Tour singles titles and rise to No 17 in the ATP Rankings in 2016, many thought he would kick on.

However, he suffered a rapid decline and, although he won another title in 2018, he never really reached the heights that were expected.

The 29-year-old has dropped outside the top 200 in the ATP Rankings, but he has set his sights on a comeback telling the Courier Mail in an interview over the weekend that he can reach the top 10.

“I reckon I can get into top 10. One of my goals is to finish it off right. I reckon it can be done in two or three years.”

Tomic followed it up with an Instagram post video in which he reveals how the hateful comments over the years are fuelling his comeback.

“I’ve had a lot of hate in my life. But I can’t give up. You don’t think I see the hate comments? It hurts,” he said.

“In the past I used to let it get to me and react out of stupidity. But now I’m using it as fuel.

“Whatever it takes to get back on top. Hard work pays off. I’ve put my blood sweat and tears into this sport.

“I have come back before. It’s time to set the record straight.”