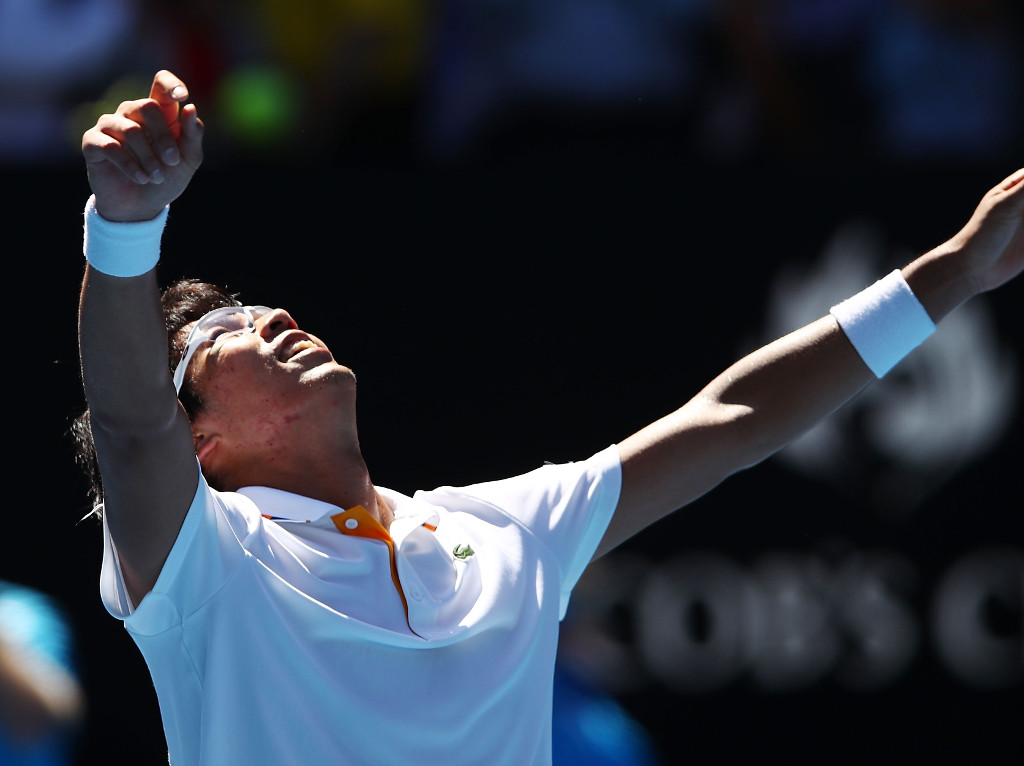 Hyeon Chung overcame a spate of nerves, and a late flurry from Tennys Sandgren, to book his place in the Australian Open semi-finals; 6-4, 7-6(5), 6-3.

The 21-year-old’s dream run in Melbourne continued on Wednesday as he saw off fellow unseeded player Sandgren.

Chung dominated from the start, claiming early breaks in the first and second set.

However, any thoughts of an easy win were put to rest when Sandgren broke back in the second and then broke again to lead 5-3.

Chung levelled to take the set into a tiebreak, which he won before once again making an early break in the third.

However, serving for the match the nerves seemed to get the better of the South Korean player while Sandgren put in a late flurry.

Chung wrapped it up on his fifth match point to become the youngest player to make a semi-final in eight years; the first Korean to reach a Grand Slam semi and the lowest-ranked man to make the last four of the Open since Marat Safin in 2004.

The must-see interview of the #AusOpen.

What a day for Hyeon Chung. pic.twitter.com/3KL9qAmGfQ