‘I don’t care about hype,’ says Daniil Medvedev as he hopes to take a leaf out of Novak Djokovic’s book 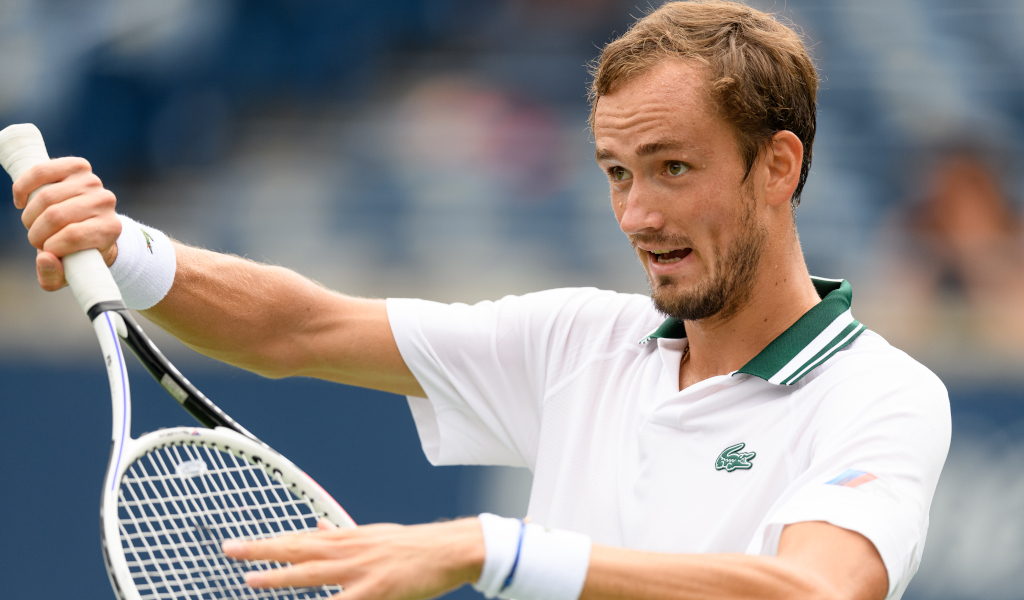 He has become known for his theatrics and light-hearted moments on the ATP Tour, but Daniil Medvedev insists he does not care about the publicity that comes along with the job.

The world No 2 has been one of the most impressive players in men’s tennis over the past two years, finishing runner-up in two Grand Slams and reaching a career-high No 2 in the rankings.

And it is not only his tennis that has seen him grab the attention as his on-court antics – including racket smashing, jokes with opponents and arguments with fans in stadiums – have also made headlines.

WATCH: Daniil Medvedev theatrics as he requests to change his underwear, laughs at ‘stupid’ call from official

When asked during a Canadian Open press conference about the increase in hype, Medvedev replied: “I need to be completely honest: I don’t care about hype at all. Since I came on Tour, I think when I made it to the top 100, I was probably No 4 or 5 in my age, was quite big. I can tell you all the other guys was getting the hype. I was not, but I didn’t care. I wanted to be better. I wanted to just play good tennis,” he said.

“Me, the first thing is to just play good tennis, to win titles. That’s the first thing on my mind. Of course to enjoy the moments with the fans is always a pleasure, even if – again, the biggest example is US Open. Even if I was not easy with the crowd at first, it turned out into a great story and was super fun. I like things that are fun to live.

“Many times, unless I really want to send pictures to anyone if I will be in some place I really dreamed of being, I’m not going to actually take pictures. I’m just going to leave it for myself, because I don’t care to put it on social or to show it ten years later to somebody, Look where I have been. I want to just live it and then tell that I have been there. So, yeah, I don’t care about hype again. ”

Daniil Medvedev to go all the way in Toronto? Take a punt with Planet Sport Bet!

Medvedev is looking to bounce back in Toronto following a disappointing Tokyo Olympics where he lost in the quarter-final against Pablo Carreno Busta from Spain.

He is top seed at the Canadian Open, but he is hoping to follow 20-time Grand Slam winner and world No 1 Novak Djokovic’s example and come back stronger.

“When Novak lost, I saw all over social media what he said and he said, especially when he lost after the third place, he said that all his Olympics defeats were very tough, but then he came back only stronger and he knew that that would make him stronger,” he said.

“I was, like, I was really disappointed with the way Olympics ended for me. Obviously if the guy who is probably the greatest tennis player of all time, 20 Slams, 37 Masters or whatever, says this, well, I have to, you know, kind of follow what he does, and I knew that I will be coming here, trying to disconnect a little bit, went to Orlando, no really strict rules there before coming here. Tried to disconnect from, yeah, from the loss, and now in a way I don’t remember it.

“Of course I wanted to do better, but now the goal is to try to win this tournament, to try to win Cincinnati, to try to win US Open. That’s how tennis is. You’re going to have 20 tournaments in a year. You can win what, maybe five, six, seven if you have the best year of your life. So you’re not going to win every tournament. You just need to show your best and play your best.”