‘I achieved a lot,’ says Andy Murray after his Wimbledon comeback is ended in mixed-doubles defeat 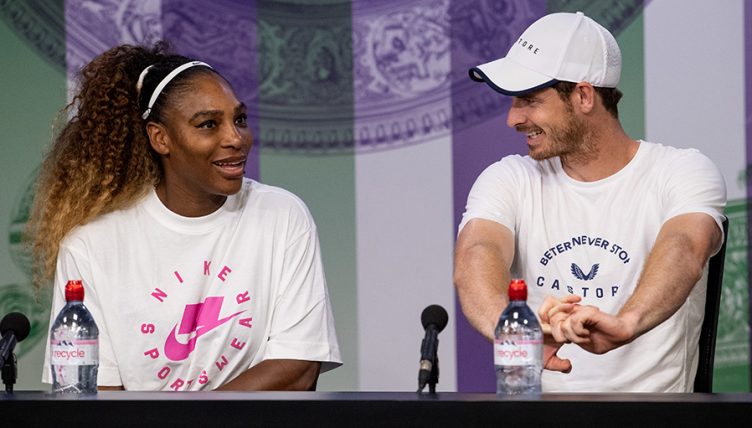 The Serena Williams and Andy Murray mixed doubles dream team is out of Wimbledon after they were beaten 6-3, 4-6, 6-2 by Bruno Soares and Nicole Melichar.

The pair came through the first two rounds with swagger, but found the top seeds just too strong.

However, it was still a week of great positivity as far as Murray was concerned as he works his way back from major hip surgery.

“I think I achieved a lot,” he said. “Considering the lack of matches, I did OK.

“The most positive thing is that my body felt good. My hip anyway was feeling good, so that was positive.

“There’s a lot of physical work now trying to get stronger and to get a good balance with all the muscles around my hip.”

Instead of looking back at his week at Wimbledon, though, Murray is keen to look to the future. However, he was understandably non-committal on his future.

The MurRena journey was fun while it lasted, but they left us something special to remember them by…#Wimbledon | @andy_murray | @serenawilliams pic.twitter.com/4XuPnXl5T7

“I think I’m doing some physical testing next week,” he said.

“I did some pre-Queen’s. It will be interesting to see what’s happened these last four weeks where I’ve been obviously playing tennis but doing not much training, to see how things have progressed or not.

“Then I’ll do four to six weeks of training. Then I’ll have some testing done after that again.

“Hopefully, I will have progressed again. But I’ve still got, like I said, quite a long way to go.”

Williams’ Wimbledon will continue with a singles semi-final against Barbora Strycova on Thursday.