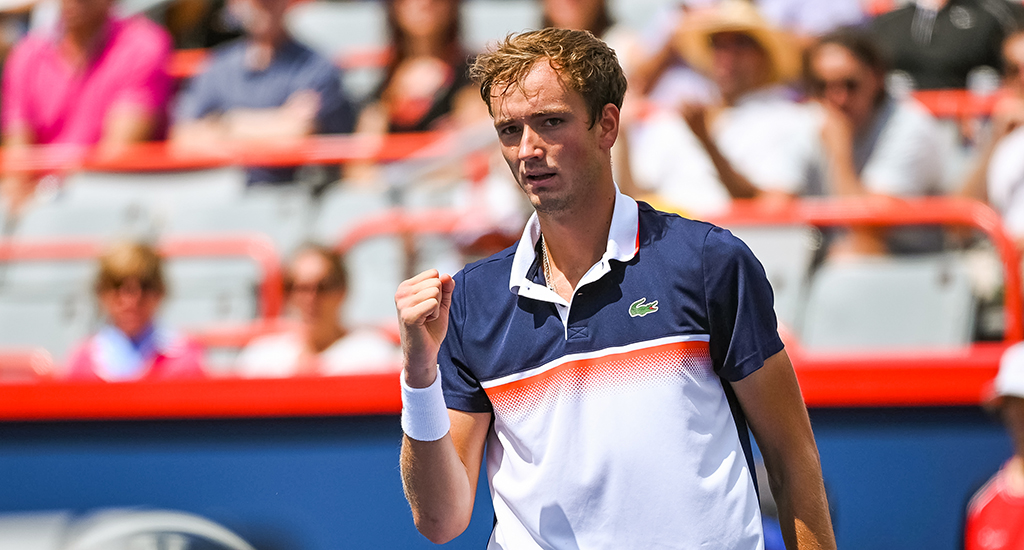 There will be a first ever all-Russian semi-final at the Rogers Cup after Dominic Thiem suffered a shock battering at the hands of Daniil Medvedev in Montreal.

Thiem has been a beacon of positivity this week, as he arrived at the tournament after wining his first title in Austria.

However, Medvedev dismantled the world number four 6-3, 6-1 in under an hour to set-up a semi-final showdown with countryman Karen Khachanov.

And Thiem was the first to admit he was well off the pace, adding that he believes his pre-tournament exertions in London may have caught up with him.

“With all the traveling and short transition, two very tough matches yesterday and two days ago, I think the battery was empty today,” said Thiem.

“I was not on my 100 per cent. This is just not enough in a quarterfinals of a Masters 1000, especially against a guy like Daniil, who is in a great shape, is playing amazing tennis.

“I was not able to go the long rallies with him. That’s basically the only chance to beat him.”

The Russian is into the #CoupeRogers semi-finals 👏

Medvedev agreed that he had not faced Thiem at his best, adding: “I think he didn’t play his best, of course.

“On the other side, I played a good match tactically, I played solid from the baseline.

“Maybe he was missing a little bit more. That’s why he got frustrated.”

He won the Paris Masters last November, so is no stranger to success at this level, and he knows how hard it will be to get past Medvedev when they meet on Saturday night.

“Never easy to play against a friend from the same country. We grew up together. We played all the tournaments since 12 or 14,” Khachanov said.

“We know each other pretty well. From one side it’s difficult, but from the other side both of us, we know what to expect, how we are playing completely different styles. [It should] be an interesting match.”