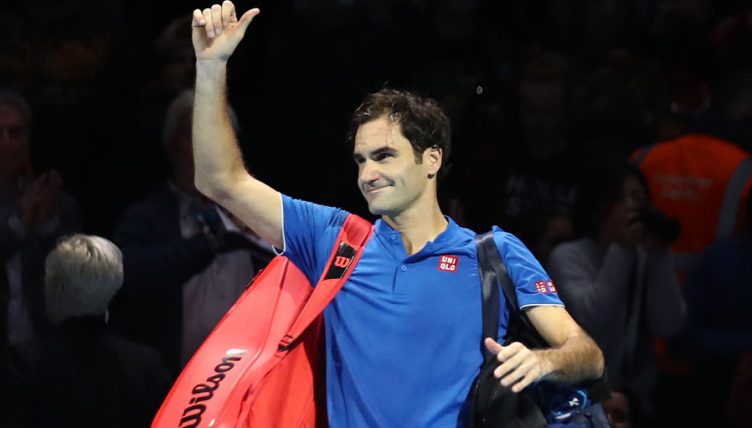 Roger Federer admits he is pleasantly surprised to be still so competitive against the best players in the game at the age of 37, as he mapped out a positive vision for 2019.

Federer’s season ended in disappointment as he lost to Alexander Zverev in the ATP finals in London on Saturday, but he was a picture of optimism as he faced the tennis media for the final time this year in an upbeat press conference.

Suggesting he should be content with the year that has just gone, he referenced a quote from another of the game’s greats to salute his own efforts.

“Pete Sampras once said that if you win a Slam, it’s a good season,” reflected Federer, who started 2018 with victory at the Australian Open.

“I played super well in Australia and I can’t wait to go back down there again in a couple of months, but we have some decisions to make before then. That’s okay. I like making decisions.”

Federer was not referring to lingering questions over how long he would extend his iconic career when he mentioned decision making, as he insisted scheduling would be on his mind in the off-season as he ponder whether he follow the last two seasons by missing the clay court period ahead of Wimbledon.

“I can’t wait to go on vacation with the family now and then I will work hard to get ready for the new season,” he continued. “With the experience I have and my team, I think we have to sit down and make some decisions.

“What’s the decision the clay. How will my thoughts be on vacation, but certainly the plan is to play next year and come up with a good schedule that suits my family. I am looking forward to that process.”

Federer went on to suggest he is exceeding his own expectations to have extended his career for so long, as he suggested he is still convinced he can match the best in the game.

“I must tell you I’m very proud that at 37, I’m still so competitive and so happy playing tennis,” he added. “From that standpoint, if I take a step back, I’m actually very happy about this season.

“It’s been an historic season in many ways. Getting back to world No.1 was a huge moment in my life and my career. I never thought I would get there again.

“Five years ago in 2013, where was I? I was fighting with back pain and not sure if I was ever going to figure that out because I had it for almost four or five months. It really rocked my tennis for a bit.

“Here I am five years later having a pretty good season. Won another Grand Slam, got back to No.1. So I see this as very, very positive.”