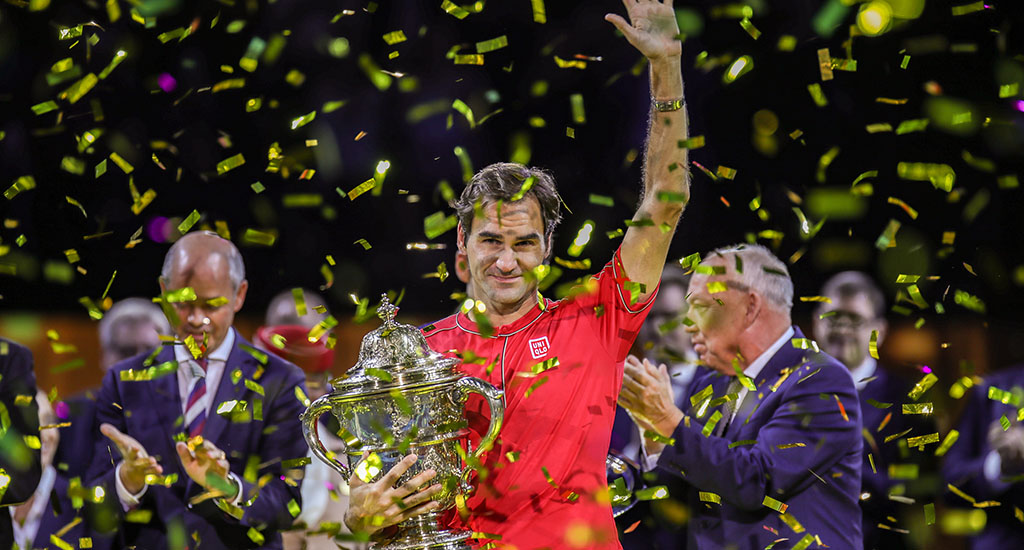 Roger Federer claimed yet another Swiss Indoors title on Sunday after he eased past Alex De Minaur in the final.

The 38-year-old made sure he won his 10th title in Basel, and 103rd of his career, in just 68 minutes despite a largely impressive display from the 20-year-old Australian.

Federer expressed delight at his own form and also paid tribute to De Minaur, who at the age of 20 is one of the ATP NextGen stars still struggling to overhaul the all-time great.

“I think I played a great match,” Federer said after the match. “It was a tough opener and in the first five games we had some tough rallies – I never looked back.

“I thought Alex played a great tournament as well and we can both be very happy. But what a moment to win my 10th title here in my home town of Basel.”

Roared on by a passionate home crowd, Federer seized the advantage in the exciting opening exchanges with an overhead winner securing the first break of the match for 3-1.

Federer would go on to break De Minaur four times to secure victory while, keeping his own unforced errors to a minimum, he would not face a single break point.

Like Federer, De Minaur was also targeting his fourth title of the season, but his reward for finishing runner-up in Basel will likely be a place in the world’s top 20 for the first time next week.