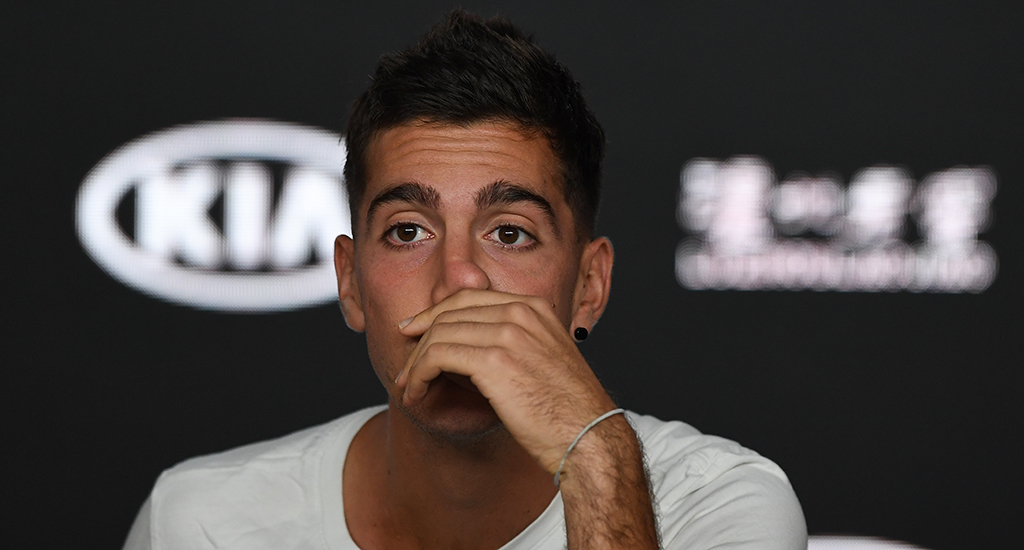 Aussie hopeful Thanasi Kokkinakis has revealed harrowing details of a health scare he recently suffered which resulted in him missing this year’s Australian Open.

Kokkinakis appeared to be making serious progress back in 2015 when he climbed into the top 70 of the world rankings.

Injuries then descended upon his career, though, halting his progress.

However, they were nothing compared to the glandular fever that struck him down last year.

“I was told I had stopped breathing when I was sleeping, my throat was so inflamed,” Kokkinakis said, as quoted by Fox Sports Australia.

“I’m not looking too far ahead, trying to maintain shape and not push it too much. When we get the all-clear, I’ll ramp it up.”

Kokkinakis has a Miami Open win over Roger Federer to his name, but says he became aware there was a serious health problem on the eve of the Australian Open this year.

He, though, initially put that down to the poor air-quality due to the bushfires in Australia at the time.

“I tried to get back on court late December before I knew anything was wrong, and I was running out of gas quickly,” the word number 237 added.

“I thought it might be the bushfire thing with all the smoke.

“I was going through four or five shirts a night with a fever, my bed was drenched, I went to Melbourne and I was hitting and I was running out of gas.

“My throat was killing me and it was lingering. It felt like razor blades down my throat so I went to hospital in Melbourne.

“I got back to Adelaide and it got really bad, I couldn’t eat and I struggled to drink water. I ended up in hospital again.