Iga Swiatek on sexual abuse claims against Polish tennis chief: ‘As leader of women’s tennis I can’t be silent’ 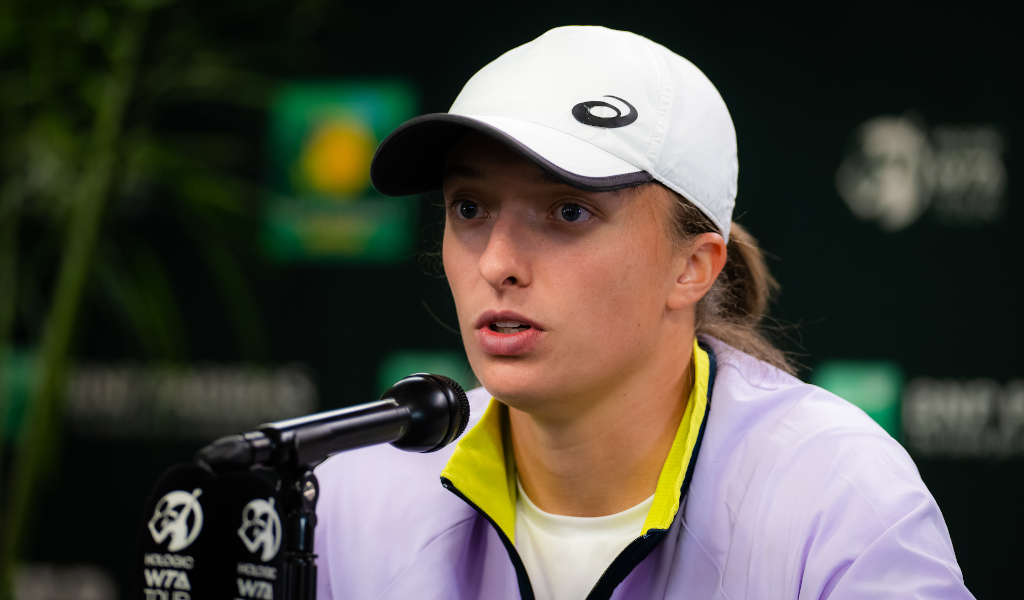 World No 1 Iga Swiatek has pleaded for sensitivity when victims of abuse speak out, adding the sexual harassment accusations against the president of the Polish Tennis Association (PTA) is a “serious matter” and authorities should “take care of this case”.

Skrzypczynski coached Kotula as a teenager in her hometown Gryfino, in northwestern Poland.

In an interview with Onet, she said: “Behind closed doors, he touched my intimate places, my breasts, buttocks. Miroslaw Skrzypczynski sexually assaulted me at least a dozen times over three years… I was a kid, 13-years-old…He was a sexual predator.”

The Polish publication also published testimony of other anonymous alleged victims, but Skrzypczynski called the allegations “ungrounded” and part of a “brutal political fight”.

I feel that as a current leader of women’s tennis I can’t be silent about particular matters: pic.twitter.com/cfyHa3Lbeg

“I feel that as a current leader of women’s tennis I can’t be silent about particular matters. I remember that I appreciate having the freedom to decide whether I want to speak up about something or not,” she wrote.

The Pole added: “When it comes to physical violence or emotional abuse the most important issue is thinking and being sensitive about the victims. And when we speak up about something happening we need to think about them first and most of all. I am trying to do this the best way I can.

“I’m against violence in sports, in tennis, in every discipline and in everyday life. That’s why I consider the articles about the president of the Polish Tennis Association as a serious matter.

“Governing bodies should determine what happened and I hope they will take care of this case… This is not my role to do the work of governing bodies and journalists as the matter is too serious and it’s about people’s life and health.

“This can be my role and this is how I can use my influence here – being a voice who tries to educate and remind that the most significant thing is to look for help when you need it.”