‘Are you by any chance up for a practice?’ Iga Swiatek asks Andy Murray ahead of grass campaign 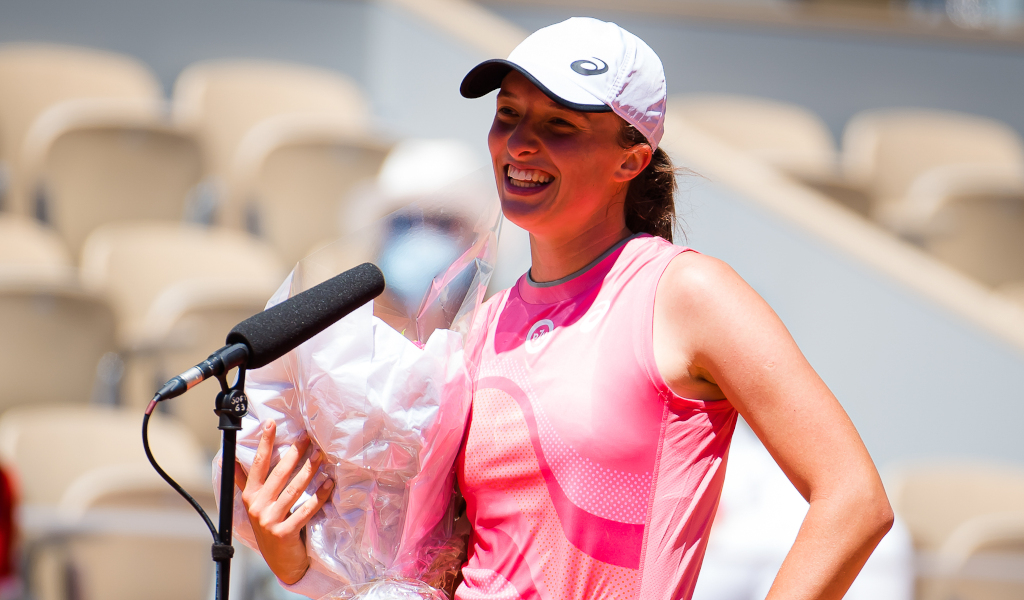 She has already practiced with Rafael Nadal on the clay at Roland Garros and now Iga Swiatek is hoping to get a training session on grass with Andy Murray.

Swiatek stayed on course to successfully defend her French Open title on Monday as she beat Ukrainian teenager Marta Kostyuk 6-3, 6-4 to secure her 11th straight win in Paris.

During the match two-time Wimbledon winner Murray expressed his admiration for the Pole, tweeting that he “loves watching Iga Swiatek”.

And after the match the 20-year-old replied asking the former world No 1 if he would be willing to practice on grass.

Thank you Sir Andy! Are you by any chance up for a practice? I really need to improve my skills on grass. 🙈

“Thank you Sir Andy! Are you by any chance up for a practice? I really need to improve my skills on grass,” she wrote.

Swiatek had a practice session with 20-time Grand Slam winner Nadal before the French Open got underway.

“It was great,” she revealed later. “It wasn’t a surprise because I had to prepare. Write some small topics, not to have awkward silence. But Rafa is really, really great. He’s a really nice guy. Even though I am pretty introverted, it was really fun for me.”

She added: “Obviously I got to feel his forehand, which was great, and his topspin. That was a whole new experience for me. It gave me a lot of positive energy. It was really a huge inspiration for me.

“It’s really nice to see such a champion being normal off court, and also telling jokes and being a little bit sarcastic. It’s really, really nice. He’s the guy that everybody can take something for themselves.”