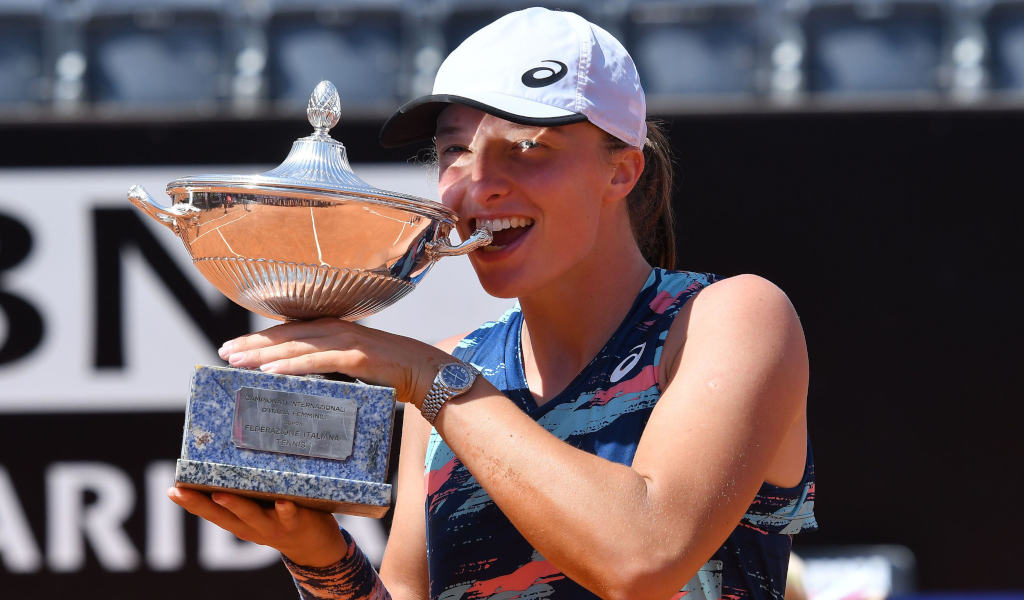 World No 1 Iga Swiatek dominated Ons Jabeur on her way to a 6-2, 6-2 victory that kept her unbeaten in WTA 1000 events this season.

The 20-year-old top woman ensured that her unbeaten run now stretches through five tournaments and 28 Matches.

Swiatek started strongly, no doubt looking to peg back the dangerous Jabeur after her marathon semi-final.

@iga_swiatek DEFENDS her title in Rome and extends her win streak to 28!! #IBI22 pic.twitter.com/vWX95IhBLE

Jabeur seemed a step off the pace and Swiatek held serve easily either side of an opening break to surge to a 3-0 lead in the first set.

The Tunisian saved a break point in the fourth game but then immediately double-faulted to hand Swiatek another chance for 4-0.

However, Jabeur dug deep and despite a tricky deflection off the net, got on the board at 1-3 down.

Jabeur had won 11 straight matches herself heading into the final in Rome but Swiatek proved a bridge too far.

Swiatek eased to a 6-2 win in the first set and an early break in the second meant there was an air of inevitability about her triumph.

Jabeur snapped a six-game run for Swiatek with her first break of serve in the match at 4-1 in the second set but couldn’t get the comeback to stick.

Swiatek’s incredible start to the 2022 season has seen her win every WTA 1000 she has contested claiming the Doha, Indian Wells, Miami and now Rome titles.

Swiatek has come full circle in a manner of speaking considering she won the first WTA 1000 title of her career last year in Rome.

The Pole is the ninth player to win back-to-back titles in Rome and the third-youngest player to capture a brace of championships at the Foro Italico, with only Chris Evert and Gabriela Sabatini doing it at a younger age.

A week out from the French Open, Swiatek is now the clear favourite to claim the second Grand Slam title of the year.

Jabeur is herself someone who cannot be written off at Roland Garros after an impressive run on clay for the Tunisian trailblazer.