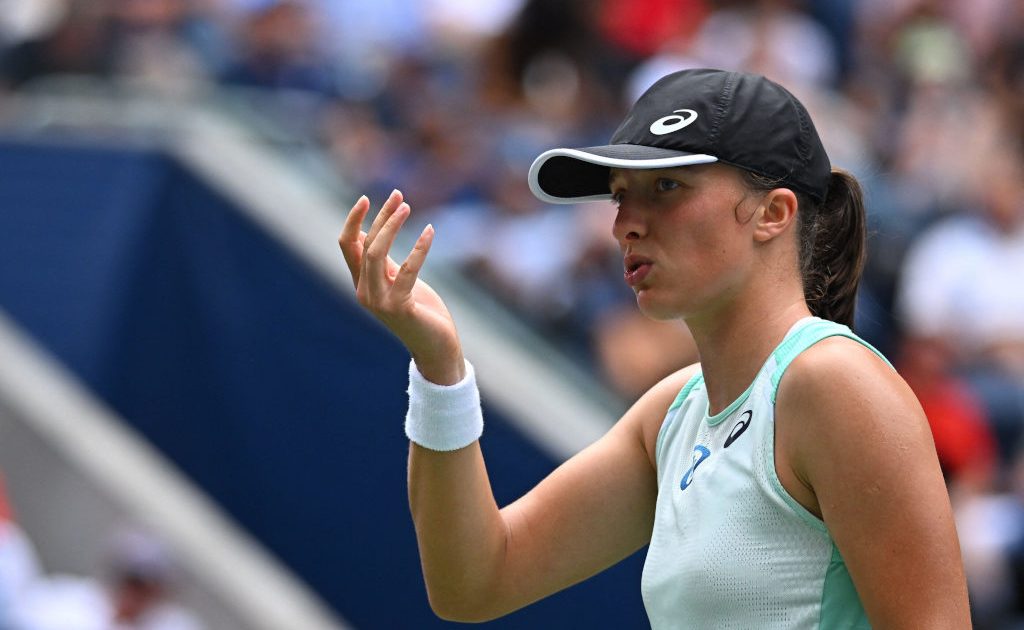 Iga Swiatek has voiced her disapproval at an apparent lack of communication between the ITF and WTA with the Billie Jean King Cup clashing with the WTA Tour finals in Fort Worth.

Swiatek has made representing her country a priority but as the World No 1 and the winner of two Grand Slams she will be expected to be in Texas.

If she wants to compete in the Billie Jean King Cup, Swiatek will need to undergo an incredible journey to link up with her Poland teammates.

Swiatek told reporters that she would be letting the relevant authorities know that she is displeased.

“I am dissatisfied, although I know that arranging everything is complicated.

“Certainly, the fact that the WTA and ITF federations in a sense did not cooperate to facilitate our task is irritating to me. I will definitely take steps to let them know about my dissatisfaction.”

As a result of the tight schedule, Swiatek has been unable to confirm her availability for Poland for the Billie Jean King Cup.

“I don’t understand the scheduling,” she admitted.

“I’m not gonna lie that I’m happy about the fact that if I go deep in [the] Finals, I will have to not only play tired but also jetlagged the next day. So I can’t confirm whether I’ll represent Poland or not. I’m sorry.”

Swiatek’s father also slammed the WTA and ITF who are charged with growing the women’s game but appear to have other priorities according to the senior Swiatek.

“And yet we have a very difficult group for that in the BJK Cup. The dates of both events are missed. There is a clash between the ITF (organisers of the BJK Cup) and the WTA (organisers of the WTA Finals). Instead of taking care of the development of women’s tennis, they cannot communicate.

“This is the second such conflict situation after Wimbledon, in which the organizers of the tournament and the WTA were unable to agree on the exclusion of athletes from Russia and Belarus.

“I really don’t like what happened with the overlapping of the Masters finals and the Billie Jean King Cup finals,” he added.

Swiatek returns to the WTA Tour for the indoor Ostrava Open in the Czech Republic, her father also revealed that she is fully fit and raring to go.

“Iga is well prepared. She says she’s fine. There is no problem with the condition.

“I would say a little perversely that victories make her wind up. After the US Open, she used her time well and rested a bit.

“She applied a different load than before. There was no tightening of the screw. Iga is in good shape. This was evident at the US Open, where form rose from match to match,” the World No. 1’s father said.

READ MORE: Serena Williams reveals why she decided to retire at the US Open