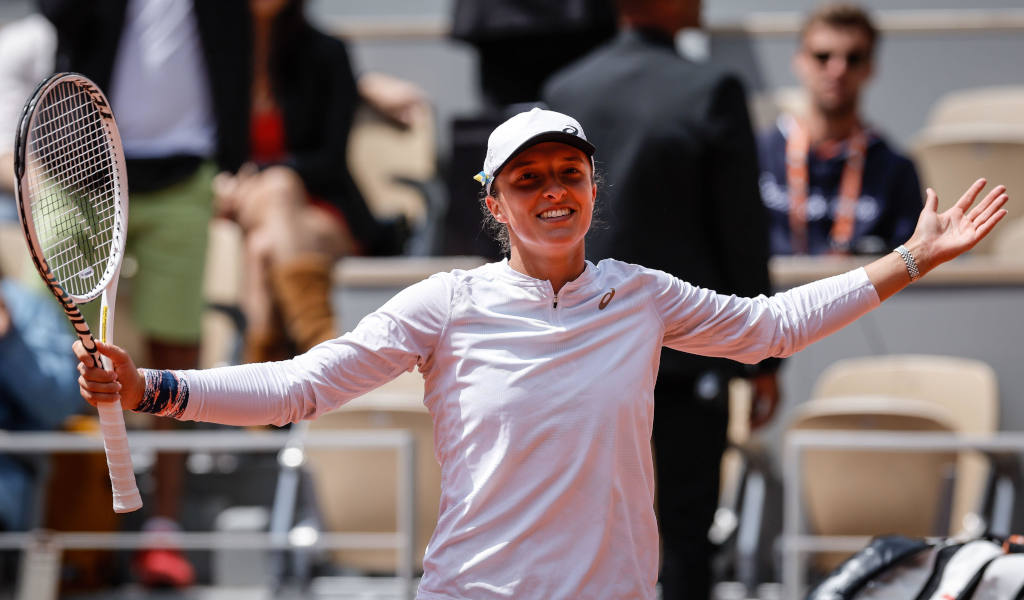 Wilander says that you can bank on Swiatek continuing to play at a level above the competition.

As it stands, Swiatek is predicted to go on and win her second French Open next Saturday, some have been bolder and backed her to lift the trophy without dropping a set.

“There are some big hitters around, but it is women’s tennis in the last five, six years and it is very unpredictable,” Wilander said on Eurosport.

“But the most predictable player we have had in the last few years is Iga Swiatek.

“She has won 31 matches in a row and is very predictable, especially on a clay court.”

Wilander believes that Swiatek will not grow complacent with other top ten players having been knocked out.

Swiatek is among only three top ten seeds to reach the fourth round at Roland Garros.

“She is becoming the bigger and bigger favourite every match she plays,” Wilander said.

“Yes when the other women from the top 10 are falling out of the tournament, on paper it makes it easier.

“But I don’t think Iga is in that headspace. She is in a really good headspace where she is playing her opponent and it does not matter if you are ranked 10, 11 or 12.”

Swiatek extended her winning streak to 31 with a 6-3, 7-5 defeat of Danka Kovinic on Saturday.

She improved to 17-2 at Roland Garros with the victory and has won 48 of the last 49 sets she has contested.

Swiatek has started quickly in her French Open run, putting her opponents under pressure on serve from the get-go.

She can be a ruthless opponent and has already dished out 15 bagels in 2022, the most recent coming in her 6-0, 6-2 victory over Alison Riske in the second round of the French Open.

Swiatek’s approach to the game is likely to forge her into something of an archetype for future players, especially if she continues to produce the results she has netted in 2022 so far.