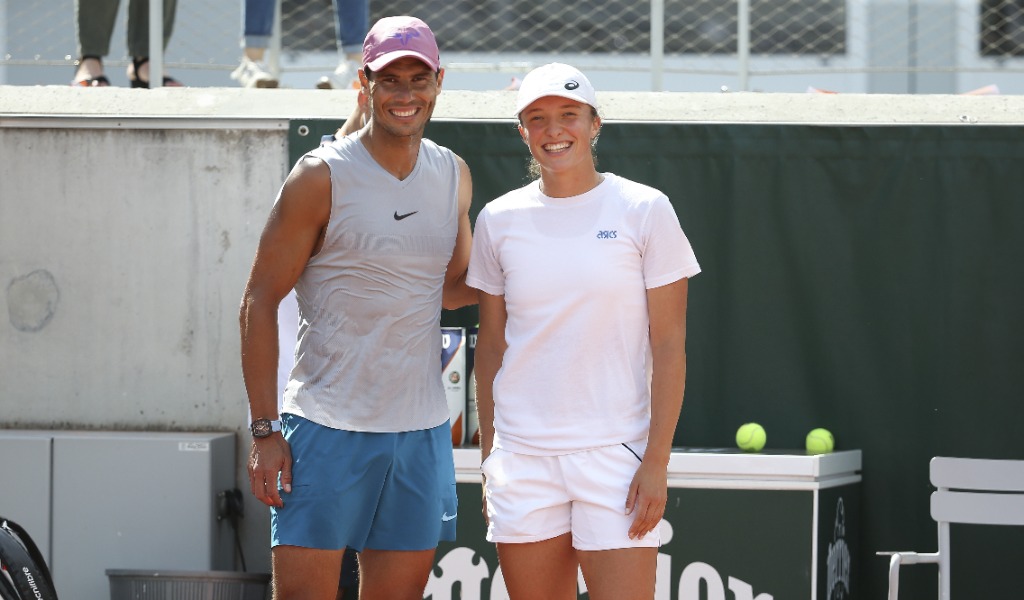 World No 2 Iga Swiatek is fresh off the back of her title win at the BNP Paribas Open and has been having a very successful season so far, but she’s admitted to looking up to a 21 time Grand Slam champion for inspiration.

Not only did the Romanian sweep up in California, but so far this year she’s already won the Qatar Open, made it to the semi finals at the Australian Open and got to the same stage at the Adelaide International.

The self proclaimed perfectionist used to struggle when things weren’t going right in a match for her, so she started to look at how world No 3 Rafael Nadal reacted when he went behind in a game and learnt that she winning doesn’t have to look good.

“I think just getting older and more experienced helped because really a few years ago I didn’t even get the idea of being happy about winning ugly, I was like, what? That’s not possible. But right now I want to use the experience of older players,” the 20-year-old revealed.

“I watched a lot of tennis in the past two years and I’ve seen many comebacks and many times where Rafa for example wasn’t playing his best tennis but still he was finding solutions, the last match I can talk about was the Australian Open final which was mind-blowing for me because I was honestly sitting in the stands and even I was like, oh I don’t think he’s going to come back it’s kind of impossible.

“But he did it, that’s a lesson for all of us that we’ve got to keep pushing and keep fighting and keep wanting to get the solutions and getting better – I think these kinds of experiences and the huge inspiration that I get from players gave me a lot.”

Swiatek’s opponent at the Miami Open is not known at the moment as it’s a qualifier which hasn’t been decided yet, but she is set to be on court on Friday for her opening round match.