Iga Swiatek news: World No 4 reveals how she won the Qatar Open and achieved her latest ranking 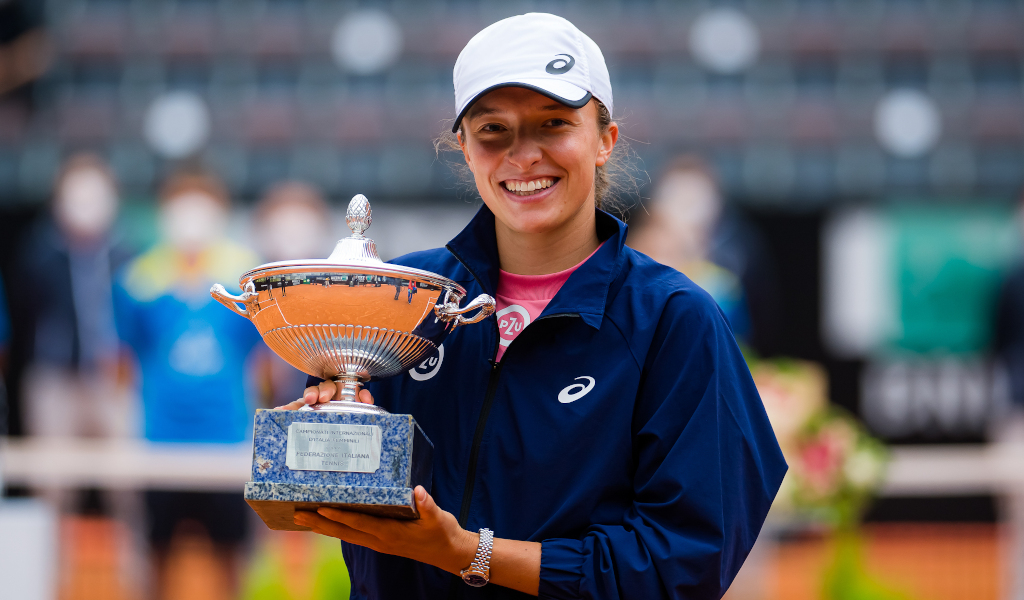 Polish tennis star, Iga Swiatek, recently won the Qatar Open to add to her tally of titles which now stands at four and has subsequently risen to No 4 in the rankings, and she’s revealed the secret to her success.

Swiatek defeated Anett Konaveit 6-2, 6-0 in the final of the tournament in Doha, showing she can perform just as well on a hard court as she can on clay despite winning the French Open two years ago.

The 20-year-old has had a successful season so far as she managed to reach the semi-finals at the Australian Open after getting to the same stage at the warm-up event in Adelaide, and now she’s claimed her second WTA 1000 title.

“[Coach Tomasz Witkorowksi] convinced me to change my approach towards tennis, I am being more aggressive right now and I love that – at first I wasn’t really convinced, so yeah, big thanks to him for showing me this different perspective,” the Australian Open semi-finalist revealed.

“Practising in Warsaw is a totally different story than going on tour, so I’m pretty happy the last few weeks have shown that we have a good relationship, and we have also a good mood in our team, we have fun.

“And it was always important for me to other members of the team to have a good relationship between each other, so I can have full support but also feel comfortable around them, they are giving me a lot.”

The French Open champion also explained how her new style of play is helping her defeat the likes of Aryna Sabalenka.

She said: “I always felt that I’m really good at defence and I want to be as good and feel really comfortable as well when I’m going forward.

“So it’s pretty easy but at the end it’s up to the details, you know? Even though obviously I could attack, because I had a good ranking since a few years ago, it still didn’t mean that I can beat those heavy hitters and play top five or top 10 tennis.

“Right now I feel I can do that because I just have more options and I can choose between them when I’m playing against some players – obviously I’m not going to use each of them in every match but I just have in the back of my mind that even when I’m a break down or something, I still have skills to solve my problems and to play better.”

Swiatek is next competing at Indian Wells which starts from March 7, so she’s enjoying some much needed down time before then.