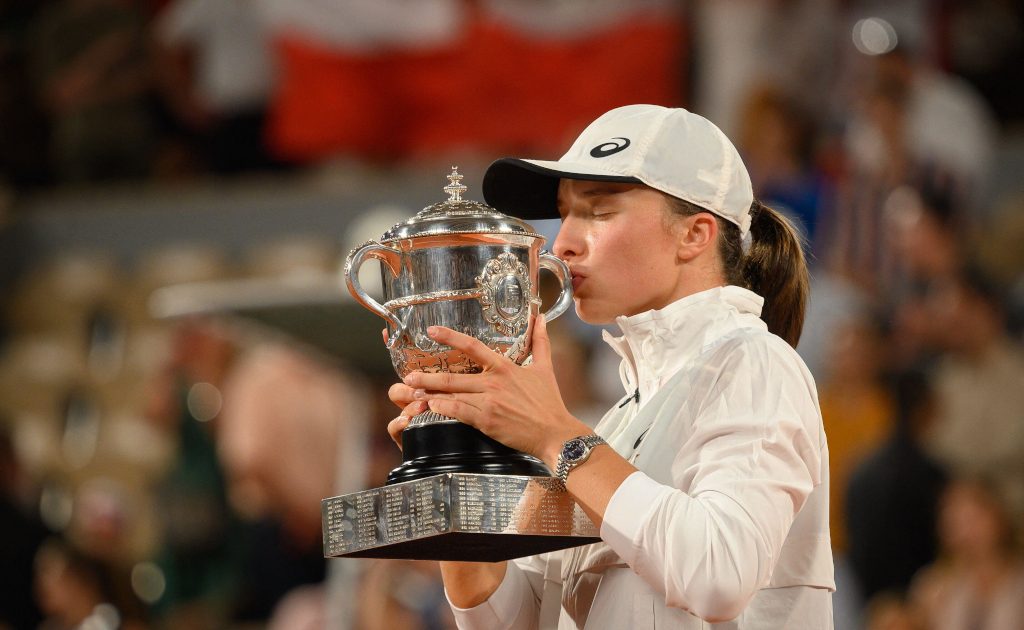 Winning a second Grand Slam title was always the goal for Iga Swiatek, but surpassing Serena Williams’ unbeaten run was the cherry on the cake for the two-time French Open champion.

Two years after winning her maiden Grand Slam at Roland Garros, Swiatek doubled up as she beat Coco Gauff in this year’s final in Paris to become a two-time major winner.

It has been a dream year so far for the world No 1 as she started the clay-court Grand Slam on a 28-match winning run while she had won five consecutive titles in the build-up.

She added another seven matches to her streak to go 35 not out in terms of consecutive matches won.

But she feels as she belongs now that she has won a second Grand Slam as it proves “you actually know what you’re doing”.

When asked by WTA Insider if she was chasing anything, she replied: “I think I wasn’t 100% conscious of that but I think I was always chasing that second Grand Slam because I always thought, ‘OK, the first one happened, but the second one is confirmation that you actually know what you’re doing.’

“I always had huge respect for Garbine [Muguruza], Simona [Halep], there are a lot of players who won two. All these girls showed consistency throughout so many years and they were able to win two times or even more. I felt like two times winning a Grand Slam, you’re really confirming you’re able to do that. So I was chasing that a little bit.

By winning the final against Gauff on Saturday, Swiatek moved ahead of 23-time Grand Slam winner Serena Williams in terms of longest winning streak on the WTA Tour in the 2000s and she is now joint-top with Venus Williams.

With Serena dominating the sport the past two decades, it was a feather in the cap for the 21-year-old Pole.

“It wasn’t my target. I felt like I don’t have full control over doing that so I really didn’t want it to be my goal,” she said.

“But after the match I checked. Doing something better than Serena kind of, it’s the best thing you can get in tennis, basically, after what she’s done for so many years.

“No one is going to take it from me. I’m pretty happy I could achieve that and I don’t even know how that happened, honestly. It’s all pretty weird.”