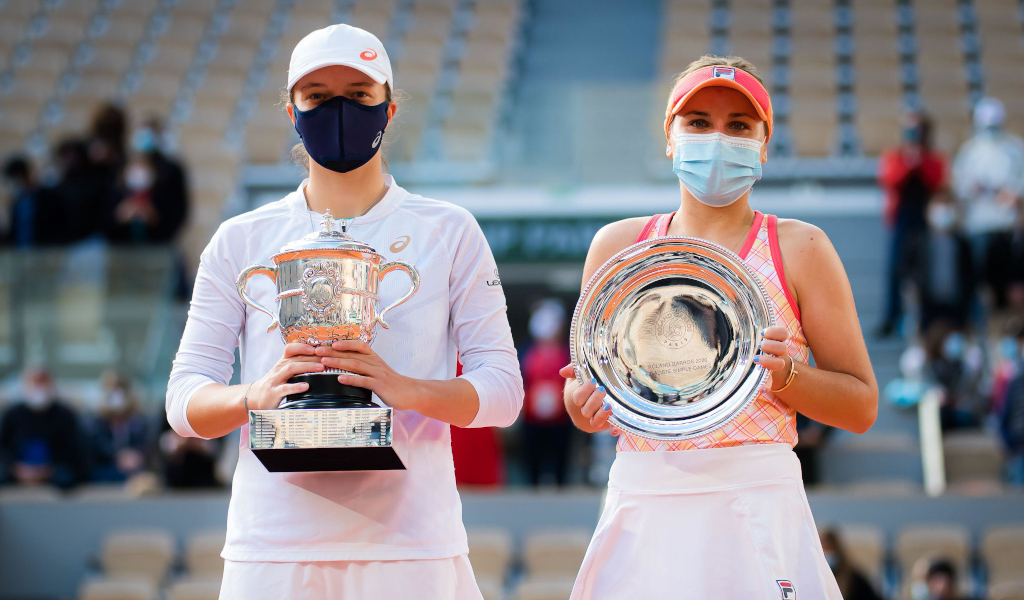 It wasn’t so long ago that Iga Swiatek was struggling badly with that thing called pressure. You know the score. Tennis prodigy is minding her own business then wins major tournament and all hell breaks loose. Suddenly, you are in an open field with eyes, opinions and criticism raining down.

At the US Open last September, the Pole said: “I feel the pressure, you know. Before, I had like fuel in my mind to actually overcome it and to work on it, but I feel like it’s been happening a lot, so I’m having less and less of that fuel.”

Now the 20-year-old is in a most unexpected place as the No 1 ranked player in the world. On the other side of the net, the opponent she crushed on that finals day at Roland Garros two years ago has fallen out of the top 100.

Sofia Kenin took the world by storm at Melbourne in January ’20 after defeating Ashleigh Barty in the semi-finals and saving multiple break points under pressure against Garbine Muguruza to claim her maiden major. She was cooking. The world was her oyster but the shell never really opened up after that.

The American was about to give a spontaneous victory speech when father Alex called her over for a bit of advice.

“He just told me a few things what to say,” Kenin said. “I told him, ‘I know what to say. I’m 21. I can do this.'” This was the confidence of youth at its best which is why the decline has been sad to witness.

It has been a rocky family and business affair since the media glare. At the beginning of last year, the Moscow-born prodigy was dropped by her management agency, which cited “difficulties with the athlete’s environment”. That was (probably) a very diplomatic reference to Mr Kenin who has adopted the coach/father mantle that usually brings domestics into the workplace. 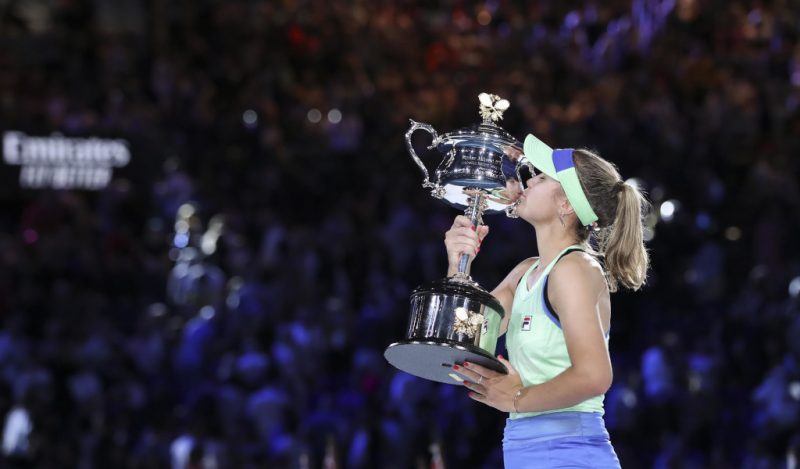 After falling early in Melbourne last year, Kenin had an appendectomy and announced she would be putting together a new coaching team, the head of which was 25-year-old Max Wenders.

She made a decent fist of Roland Garros – her least favourite surface – when getting to the fourth round but then got completely dismantled by Madison Brengle at Wimbledon, making one unenforced error for every minute on court. She missed the US Open with Covid, picked up a foot injury, and announced that Wenders was her boyfriend. Subsequently, she brought back her dad as coach in November. You got this?

Her ranking points were piled high previously and she still started the year of Slams at No 12 in the world. However, since losing to Madison Keys in the first round of the Australian Open, she has failed to win a single match on the WTA Tour, with first-round exits in Dubai, Doha, and Indian Wells. At times, the world No 148 has looked shot out there, unable to execute and often just making basic errors with little focus.

There was another first-round exit in Indian Wells in March. She only played through a wildcard invite and lost to Brazilian Beatriz Haddad Maia after serving up 73 unforced errors. The 23-year-old pulled out of the recent Miami tournament and is lurching from one mini-crisis to another.

Swiatek recently spoke of the importance of stable relationships and people around to guide her: “Be patient and have good people around you. Because even if it’s an individual sport, it’s hard to do it on your own,” she mused. “I have great support around me, and without my team, I don’t think I would be in the place I am right now.”

Stability is better for ever-changing moods and the normal dips and downs of nomadic tennis existence. At the moment it is clear that Kenin is certainly not in the right head space.

Forget rankings. Time is very much a friend but the sport is not bringing the joy at this moment in time. Novak Djokovic told her “to live in the moment” when she was about to win her first Grand Slam. It is safe to say that at this very moment, things need to get worse before they get better.