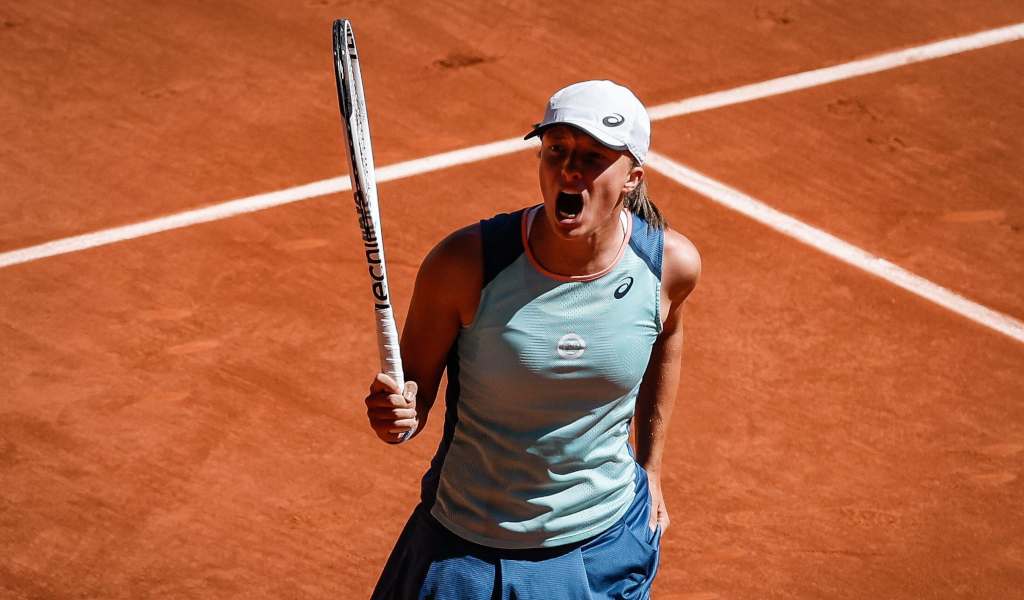 Come back, Ash Barty. We need a competitive match out there. A bit of stardust on both sides of the net wouldn’t go amiss.

The Australian is fully within her rights to walk away from the game at the grand old age of 25 to pursue more down to earth dreams. However, it does leave a rather large hole at the top of the women’s game. What was a potentially mouthwatering battle is now merely a bit of flat fizz without pop as the trophies are being engraved with the same name yards before the finish line. It’s that predictable.

That’s not to belittle the mega rise of one Iga Swiatek. She is superb. Neither is there disrespect to what is coming as the game adapts to a reshuffling of contenders . 18-year-old Coco Gauff has moved beyond the teen dream phase and just competed in two Grand Slam finals within 24 hours. There should be many more moments between the American and Pole in the future.

Iga against Rafa, Rafa against Iga, a match in which they both win… 🏆🏆@iga_swiatek @RafaelNadal | #RolandGarros pic.twitter.com/WzrFMY3u3k

Nevertheless, Barty’s shock retirement has elevated Swiatek to a stratosphere that is beyond the current field. She has taken the turbo boost to boom away from the chasing pack by over 4,300 ranking points. Her nearest three challengers have never experienced the rarefied air of a Grand Slam semi-final. Arise the eager Iga, just turned 21, a two-time French Open champion and winner of the last nine finals. Mentality monster.

After starting the 2022 season with a semi-final loss to Barty at the Adelaide International and a same stage defeat against Danielle Collins at the year’s first Slam down under, she has only lost once.

She has won 35 straight matches – beating Serena Williams’ record of the longest winning streak in the WTA Tour in the 2000s. Qatar, Indian Wells, Miami, Stuttgart, Rome and now Paris have all been conquered. It’s quite stunning.

The world number one is hammering her opponents too, winning 56 of her past 58 sets. There is a unique crushing of the spirit – almost Nadal-like – a complete obliteration of the soul when matches only yield less than half a dozen games to rivals. Swiatek is not even being pushed near tie-break territory (although the brave Qinwen Zheng exhausted herself doing just that). She wins set after set with clear water between her and opponent. That is unique.

SW19 might provide an obstacle to the continued serenity of the Swiatek slamdunk machine although she is a former girls champion in 2018. The Warsaw resident admits that “tricky” times are ahead on the grass as she boasts a main draw record of just four wins and four losses on the natural surface: “I think when I’m going to start Wimbledon I’m just going to think about getting through the first matches. I won’t think about the streak because I know it’s not helping me. I did the same here and I know how to separate my mind from that and focus on tennis.”

Barty said there was “nobody better” to replace her as No. 1, and that has been searingly accurate. Swiatek has taken on the mantle without any backpack of pressure. She also feels the seal of validity with that second major under her belt :‘OK, the first one happened, but the second one is confirmation that you actually know what you’re doing.’

Other unknown factors could take hold. There will be shocks and the streak will end. New stars will rise and others will get their 15 minutes of fame. However, world domination is not out of the question if she continues to keep allcomers at arm’s length. They’ve got to get close enough first to even open the door