Iga Swiatek ‘surprised’ by her US Open success, but feels it’s ‘confirmation that the sky is the limit’ 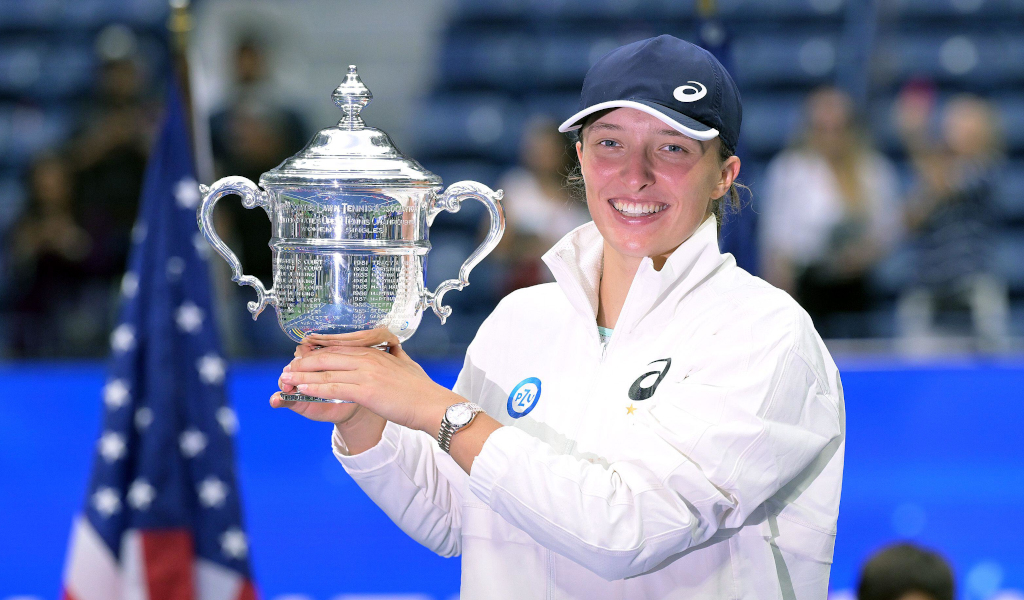 Winning the US Open has persuaded Iga Swiatek that the “sky is the limit” for her tennis career.

The 21-year-old Pole has a huge lead in the WTA Rankikngs but this was definitive proof that she is the best in the business on hard courts as well as clay.

After a 6-2, 7-6 (7-5) victory over Ons Jabeur at Flushing Meadows that added a first US Open crown to her two French Open successes, Swiatek said: “At the beginning of the season I realised that maybe I can have some good results at WTA events. I also made it to the semi-finals of the Australian Open.

“But I wasn’t sure if I was on the level yet to win actually a Grand Slam, especially at the US Open where the surface is so fast.

“It’s something that I wasn’t expecting for sure. It’s also a confirmation for me that the sky is the limit. I’m proud, also surprised a little bit, just happy that I was able to do that.”

Welcome to the club, @iga_swiatek! pic.twitter.com/2Bflx9QN9Q

Her second victory at Roland Garros in June was part of a 37-match unbeaten run and it is fitting that, in the tournament where Serena Williams bowed out, Swiatek has become the first woman since the American in 2014 to claim seven titles in a season.

The Pole is a very different character to Williams and has an understated presence on court but possesses an inner belief that has now carried her to straight-set victories in her last 10 finals.

Swiatek was very vocal ahead of the tournament about her dislike for the US Open balls, and she had struggled for form since lifting the trophy in Paris.

She twice had to come from a set down on her way to the final and, after appearing in total control for a set and a half against Jabeur, really had to scrap to make it over the line.

“For sure, (at) Roland Garros I always feel like I have more control and I feel like Philippe Chatrier is kind of my place,” she said. “Here on (Arthur) Ashe, I still need to figure out the atmosphere. I wasn’t sure before the match if this is actually my place.”

Bidding to become the first African and Arab woman to win a Grand Slam title, Jabeur was playing in her second consecutive major final after losing to Elena Rybakina at Wimbledon.

She had been more impressive than Swiatek throughout the fortnight but made a nervous start while the top seed was pin sharp from the first point.

Jabeur was staring at a very heavy loss when Swiatek held break points to make it 4-0 in the second but she could not take them and from there, ruffled by repeated shouts from the crowd, her level dipped while her opponent fought to get back into the match.

Had Jabeur broken to lead 5-4, the contest may well have gone to a decider but Swiatek held on and, after missing a match point at 6-5, took her second in the tie-break.

Swiatek collapsed to the court when Jabeur’s final shot flew long and was in tears as she celebrated with her team before telling the crowd: “It’s New York, it’s so loud, so crazy. I’m so proud that I could handle it mentally.”

A rueful-looking Jabeur praised her opponent, saying: “She deserved to win today. I don’t like her very much right now but it’s okay.”

Later in the press room the 28-year-old added: “She came out really strong and put a lot of pressure on me. That didn’t help. I was trying to get in the match. It was very tough. She was hitting lines a lot of times, kind of annoying from her.

“Second set, again, I had my chances, she had hers. I was just coming back, coming back. I know she didn’t play as good as the first set at certain times, maybe I should have taken my shot.

“I have nothing to regret because I did everything possible. I wish I served a little bit better today. It would have helped me a lot. You know Iga, how she plays in finals. I will keep positive and work on the things that were missing today.” 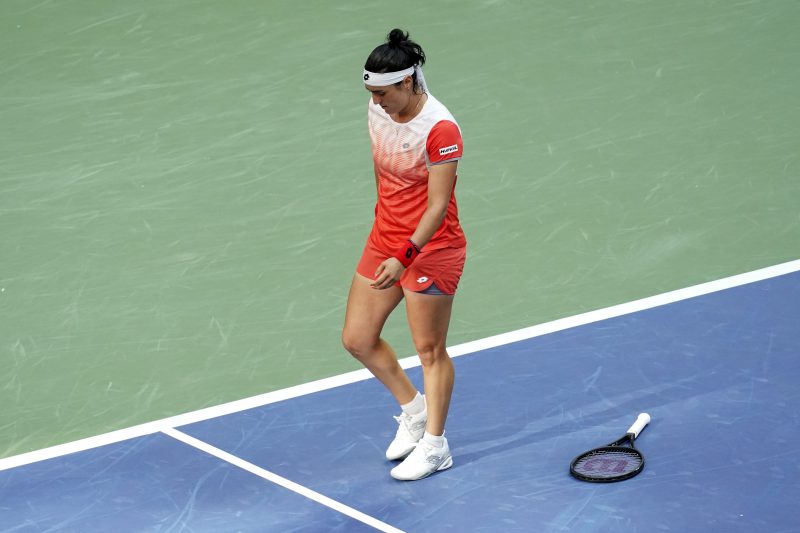 Inspiring girls and boys from her home country and region is a key motivating factor for Jabeur, and she has no doubt she will have more chances to win her first slam title.

“Definitely Wimbledon was tough,” she said. “This one is going to be tough. It’s part of tennis. And it is me. I struggled to win my first WTA title. It took me time. So I believe this will take me time.

“The most important thing is accepting it, learning from the finals that I lost. But definitely I’m not someone that is going to give up. I am sure I’m going to be in the final again. I will try my best to win it.”