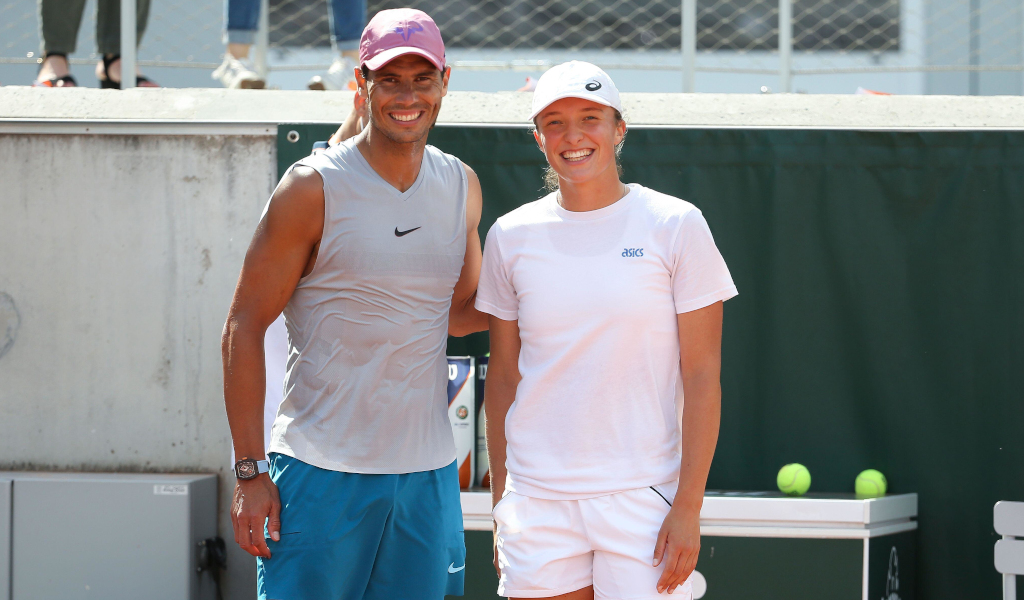 Don’t expect Iga Swiatek to start talking about records or “waste energy on other stuff” as the world No 1 wants to “focus on her day-to-day work”, much like her “idol” Rafael Nadal.

At the age of 20, Swiatek has the world at her feet as she is already a Grand Slam champion – having won the French Open in 2020 – and also the world No 1.

The Pole is also the hot favourite to win a second major at Roland Garros in June as she is in the form of her life having won three consecutive WTA 1000 titles with many believing she will go on to win more big titles and break records.

Swiatek, who has long been an admirer of Nadal, says she is only focusing on the immediate future and not looking too far ahead, saying that approach has brought 21-time Grand Slam winner Nadal a lot of success.

“Mostly, [I see my career plan as] like Rafa. I feel closest to this approach. I want to focus on my day-to-day work. It’s important, it’s the most clear situation for me,” she told Eurosport France.

“If I start thinking about records, or ‘I want to be the first in this, the first to do that’, it’s not good for me. I don’t want to be like I’m always chasing something.

“So focus on the day-by-day, the next match. It helps me to stay calm. Don’t waste energy on other stuff.

“But everyone is different so I can also understand Novak [Djokovic’s] way [of openly declaring which records he wants to break].

“A lot of things have already happened especially in the last couple of weeks so I need to stay focussed on the next tournament.

“If I think about the whole season, it will be a little bit too much for me. I need to stay calm.”

Although her early love for the game started as she wanted to follow in her sister Agata’s footsteps, Swiatek later adopted Nadal’s tactics.

She remains a big fan of the Spaniard and even shed tears when he lost in the semi-final to Novak Djokovic last year.

“In everyday life, I think my sister had the biggest influence because she was the one I was watching everyday. I wanted to be like her, like every younger sibling,” she continued.

“But Rafa for sure he inspired me a lot. I had a lot of fun watching him play on TV. Basically, his mental strength is the main thing I wanted to take from him.

“I wanted to play topspin like him, too. He is the reason why I play like this.

“Rafa has always been my idol. I have pretty sad memories of Roland Garros last year because I was crying when Rafa lost against Novak.

“But two years ago, I was watching the final. I had the trophy photoshoot [after she won the women’s title]. I was wearing this really nice long dress and went to see the final [Nadal-Djokovic] like this.

“It was nice because I didn’t get the chance to see Rafa play so often. I wanted to use that occasion.”