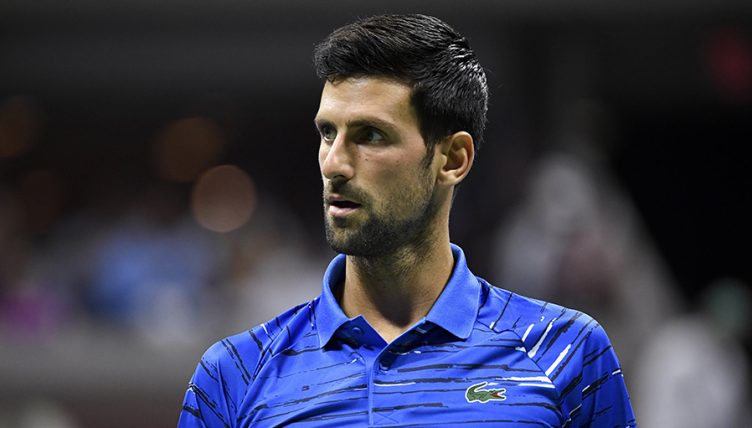 World number one Novak Djokovic was involved in a heated altercation with a fan as he practiced at the US Open in which he appeared to say ‘trust me, I’ll come find you’.

Djokovic has looked on edge this week in New York as he battles a shoulder injury at Flushing Meadows.

He brushed that off to brilliantly beat Denis Kudla in straight sets to advance into the last 16, but a spectator certainly seemed to have him riled ahead of the match.

Oh wow.. Djokovic getting into a tiff with one of the fans in the middle of his warm-up. Not happy with something that was said. @BenRothenberg @bgtennisnation pic.twitter.com/cAXeMpj6s0

Djokovic looked fired up for his clash with American Kudla and, when quizzed by reporters on the incident after the match, he said it definitely helped him.

“To have a drink,” Djokovic replied when asked what he meant by ‘I’ll come find you’.

Pressed on what was said to him, he added: “We’ll keep it between us. But he definitely helped me. He doesn’t even know, but he did help me.

“As I said, I’m not going to talk about it. I think he did me a favour.