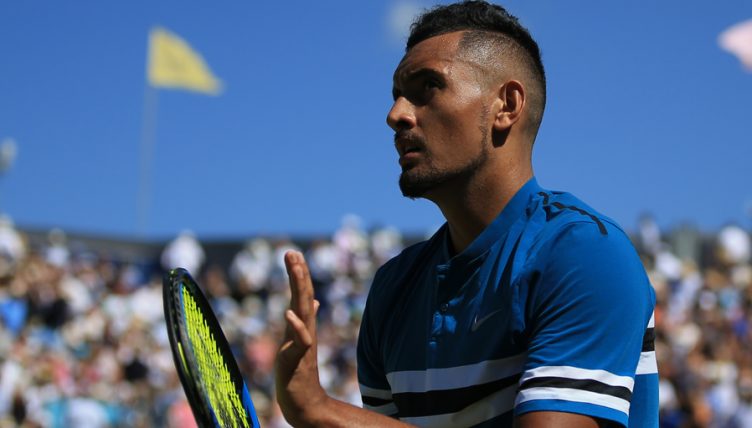 Nick Kyrgios thundered 32 aces at Feliciano Lopez at Queen’s before declaring his serve can still improve.

The Australian, who is into the semi-finals, set a new record for aces served in a two set match en-route to his 7-6 7-6 win.

Kyrgios could jump to 12th in the world rankings ahead of Wimbledon should he win at Queen’s, and he believes his serve can get even better.

“Obviously I think serving was one part of my game that didn’t have much improvement [left]. Obviously I was wrong.

“I still think I can serve better. There were some periods [against Lopez] where I missed a lot of first serves in a row. It’s easy to have 32 aces and just walk away. It’s a lot of free points, which is good on the grass.

“My serve’s been like this ever since I was a little kid. It was my best shot. I always based my game around it.

“It was one shot where I didn’t really practice much at all.”