Ines Ibbou hits back at Dominic Thiem over ‘hurtful’ remarks, saying: ‘We did not ask anything from you’ 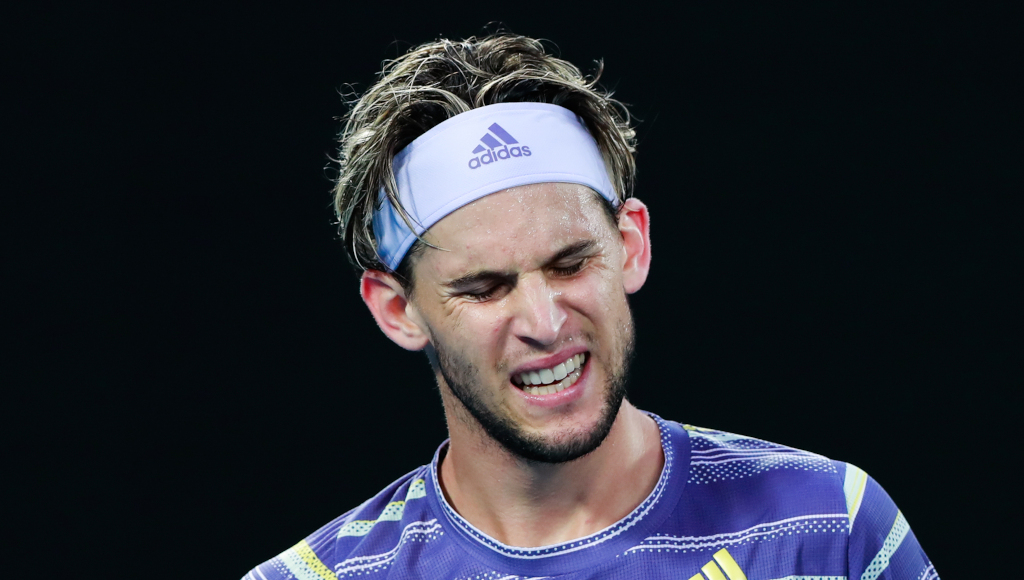 “We did not ask anything from you. Except a bit of respect to our sacrifice. Players like you make me hold on to my dreams. Please, don’t ruin it,” was how Ines Ibbou implored Dominic Thiem following his criticism of the player relief fund.

World No 3 Thiem caused quite a stir in April when he revealed that he is unlikely to contribute to an emergency fund initiated by world No 1 Novak Djokovic to help lower-ranked players struggling during the coronavirus pandemic.

“None of the lower-ranked players have to fight for their lives,” he told Krone Sport. “I’ve seen players on the ITF-Tour who don’t commit to the sport 100%.

“Many of them are quite unprofessional. I don’t see, why I should give them money? I’d rather donate to people & institutions, who really need it.”

Several players have criticised the Austrian’s views and now world No 620 Ibbou has written an open letter to Thiem on Instagram following his “hurtful” comments.

Dear Dominic, Your last words were hurtful to say the least, the reason why i decided to write you this open letter. Hopefully you’ll change your mind about me and many of us sharing the same situation after watching this video. Don’t get me wrong, i don’t blame you for what you are or this current situation because after all, it’s mainly up to national and international federations to look after tennis family and sort out difficulties, for the sake of this sport. But this answer is a way to bring light to our situation and maybe also protecting our integrity… Our voice deserve to be heard also… Thanks for those who helped me put my anger into words, and words into images🙏🏻 @players_voice @tennistv @tennischannel @tennislegend @tennis.reporter @behindtheracquet @itf__tennis @wta @atptour @tennismagazinefrance @functionaltennis @wearetennis @playersvsitf @rafaelnadal @djokernole @k1ngkyrg1os @rogerfederer @andymurray @patrickmouratoglou @serenawilliams @onfiresports @dreddy_ja @onsjabeur @ajplus @lequipe @lemondefr @washingtonpost @athlete365 @olympicchannel @qatartennis @rafanadalacademy @ajplusfrancais @remi_physiosport @selimasfar @adelaref @gym_factory_casablanca @bonbinodz @keeponrizing @adleneg17 @bbcsport @skysports @beinsports_fr @beinsports @espntenis @worldteamtennis @welovetennisofficiel

“I was wondering what could have changed for me at that time if I was part of your closed circle, shared the same environment and rules,” she said.

The 21-year-old continued: “I’m wondering, Dominic, what is it like to have a coach who assists you on tour, a personal trainer, a physiotherapist, a mental coach, a dedicated staff?”

The Algerian added: “Dear Dominic, unlike you, many share my reality.

“Just a reminder, it’s not because of your money that we survived until now. And nobody requested to you anything. The initiative went from generous players who showed instant compassion with a classy touch. Players eager to spread solidarity and find solutions to make a difference. Champions at all cost.”

Ibbou has earned only $27,825 in career earnings so far, but she is dreaming big.

“I cherish the day when I’ll be able to afford a gift for my parents. I’m dreaming about this day,” she said.

She continued: “We did not ask anything from you. Except a bit of respect to our sacrifice,” adding, “Players like you make me hold on to my dreams. Please, don’t ruin it.”