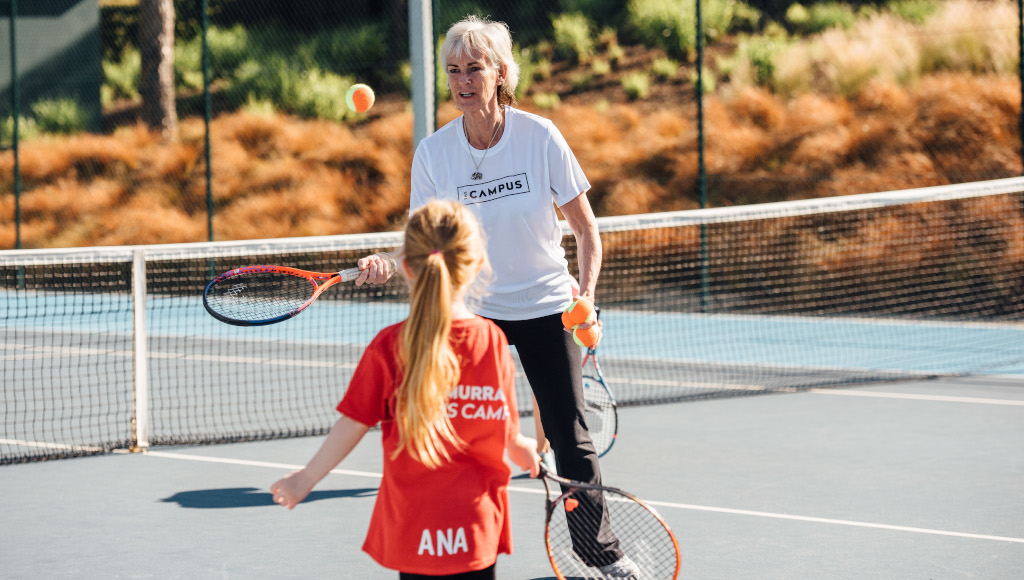 International Women’s Day is celebrating the best of female achievement and talent and while tennis has led the way in sporting equality, that is not the case when it comes to media coverage.

This is highlighted graphically when you search online for ‘Best tennis players in the world’, this is what you see – 50 men and one woman.

That’s why Britain’s Lawn Tennis Association on Tuesday issued a call to boost the visibility of women’s sport by removing the inherent gender bias that exists within the results people see in search engine results about sport. If it’s like this for tennis, a pioneer for women’s sport that is continuing to lead the way for sport towards becoming truly gender balanced, then it shows the progress that is still needed.

Tennis has long been a leader for sporting equality, with men and women earning the same prize money in major events and mixed doubles events part of the tennis calendar in both the professional and in clubs around the world.

Yet the search engine example highlights why more can be done, with the LTA keen to highlight the issues on International Women’s Day.

“Greater visibility is crucial for women’s tennis and for women’s sport in general in terms of building the perception of sport as being something for women, and in turn leading to greater participation,” says Julie Porter, LTA Chief Operating Officer and our Executive lead for our women and girls activity.

“We’ve seen recently that the women’s finals at Grand Slams have attracted more television viewers than the men’s finals, but that visibility is not yet reflected in the balance of what people see when they search.

“It’s genuinely shocking to see how dominated these results are by male-specific information. While gender parity in search is an issue that reaches far beyond just sport, if it is like this for a leading women’s sport like tennis then it demonstrates just how important it is that this issue is addressed.

“As part of our plans to transform tennis in Britain, we want to drive change with an ultimate goal of becoming a truly gender balanced sport across all aspects of tennis. There is more we can all do to achieve that, including ourselves, but we need others to help too.

“That’s why we are calling on search engines and digital content providers to play their part in addressing this issue and helping us raise the visibility of women’s sport.”

British tennis is also at the forefront of a drive to encourage more women to follow a path into tennis coaching, which remains a male-dominated profession.

LTA Level 5 Master Performance Coach Kris Soutar has worked closely with Judy Murray, mother of Grad Slam title winners Andy and Jamie, on projects aiming to increase the female coaching pool in tennis and he told Tennis365 that more needs to be done.

“One of the biggest challenges that I see is that the reality for a lot of women is they might get into tennis coaching, but then they reach a point in their life where they have a partner and want to have children,” Kris told us.

“We need to do more to support them in that period of their life because I know a lot of fantastic female coaches that have had family and left tennis coaching. Then they find it very difficult to get back into it.

“I have tutored a lot of coaches that have struggled to pay for childcare while they are working. I remember one female coach telling me she was coaching and earning the same amount as she was paying a childminder to look after her kids. So we have to help more in that sense.

“In terms of introducing tennis coaching to females, there are a lot of great initiatives that are helping. The She Rallies programme that Judy started up is definitely helping to attract more women to the sport. Therefore there is more chance they will go onto coaching qualifications.”