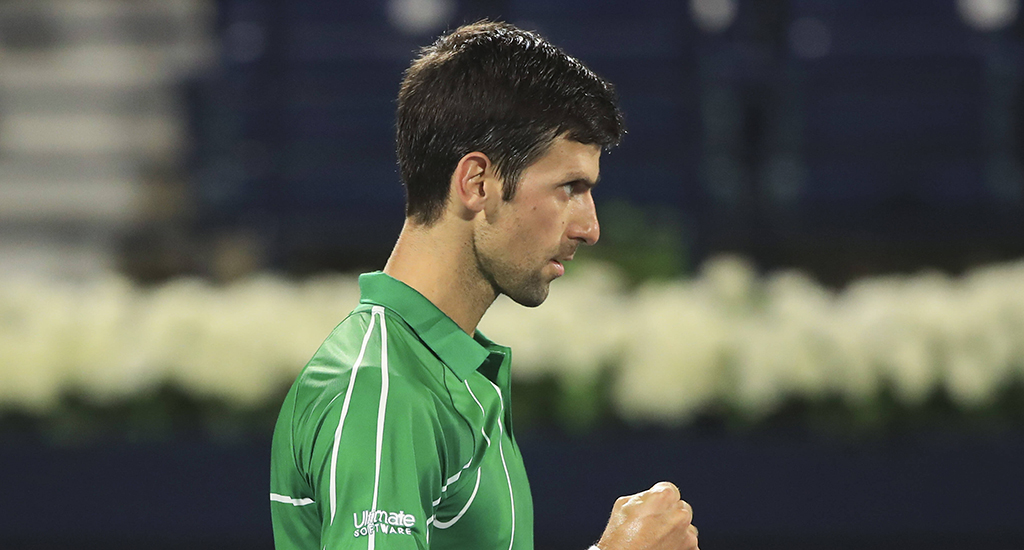 Novak Djokovic said facing match points against Gael Monfils in Dubai was ‘like being on the edge of a cliff’.

Djokovic was on the very brink of elimination in the semi-finals on Friday, but was able to fight off three match points before turning things around and winning the deciding set.

The match highlighted just how tough the world umber one is to put away, and he says it all boils down to belief.

“I don’t want to make it sound like a drastic. But on facing match points for an athlete, it’s like being on the edge of a cliff,” Djokovic told the press after the match.

“You know there is no way back. So u have to jump over and try to find a way to survive, I guess, and pray for the best and believe that you can make it – That there is something that is going to help you.

“That’s one of the things that I feel at the moment. ‘Okay, one point away, one shot away. There is no going back. This is it.’ I accept the situation and try to make the most out of it.

“I settled on the court, something concrete things that I do at the moment and try and stay in the present.

“And I do not allow my thoughts to go around too much, just focusing [instead] on breathing and just executing the next shot.”