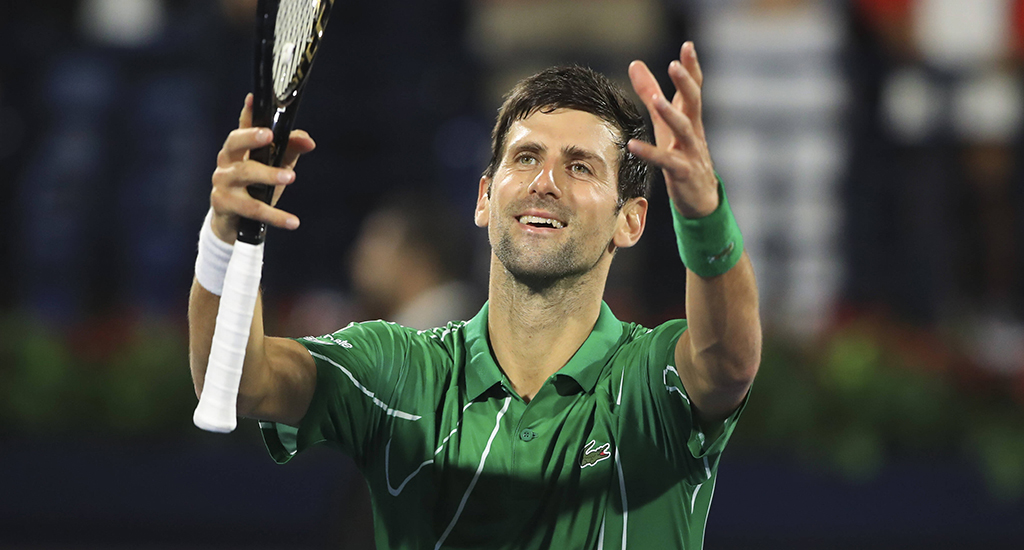 The world number one has now won all of his last 21 singles matches, a run stretching back to the Davis Cup in November.

He had to work for his latest, though, with Tsitsipas competing but ultimately falling to a 6-3, 6-4 defeat.

“It was a great week,” Djokovic commented after the victory.

“Today against Stef it’s never easy, he’s one of the best players in the world and has been on a great run.

“One break of serve decided that first set. It was very close even though it was a straight sets win.”

Djokovic was on the verge of going out of the tournament against Gael Monfils in the semi-finals, having to save three match points before eventually finding a way past the Frenchman.

“Yesterday [against Monfils] I was one shot away from losing the match, three match points down.

“I could easily have not been here fighting for the trophy today.

“This is sport, things can turn around very quickly.”