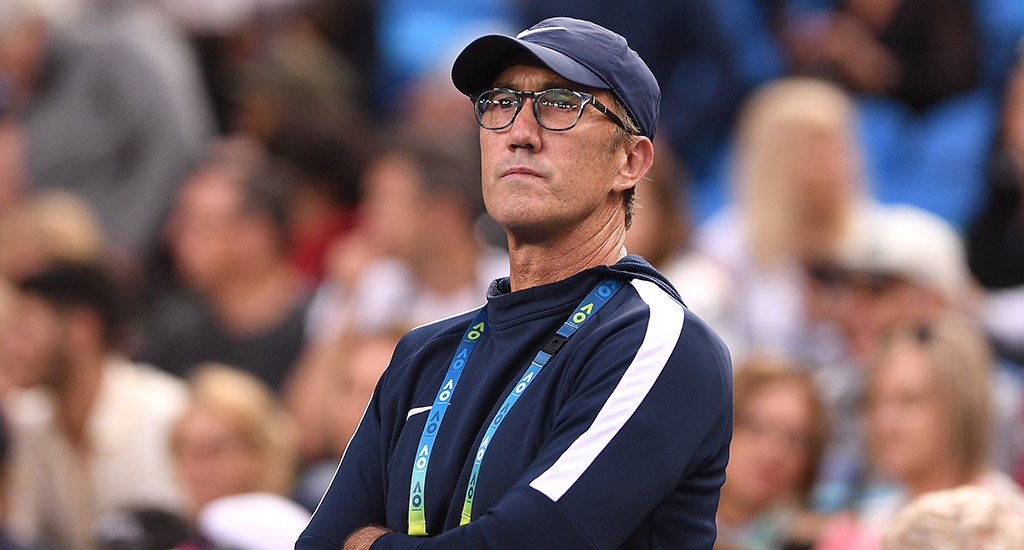 Top coach Darren Cahill has backed a potential merger of the ATP and WTA Tours, claiming the the women’s circuit in particular is in need of simplification.

Roger Federer suggested last week the time was right to merge the Tours, with a mixed response from within the game.

Many, indeed most, of the reaction has been positive, with ATP chairman Andrea Gaudenzi appearing to have come out in support of the plan.

Others, such as Australian Nick Kyrgios, has criticised the suggestion, but Cahill, who coaches Wimbledon champion Simona Halep, is fully behind it.

“This leads us more towards a commissioner in tennis,” Cahill said to the National.

“Let’s say hypothetically the four Slams remain as they are, but then you have the ATP, the WTA and the ITF all rolled into one, and that means you can appoint a commissioner of tennis that oversees the men’s and women’s tours, Fed Cup, Davis Cup, the Olympics and also the smaller events that are under the ITF and also under the WTA.

“That person and that organisation would have enormous power.

“And I think, hypothetically, it would be a pretty good position for a tennis player to be in, because you know that every single decision being made is made in the best interest of the game.

“Even for us that live on the WTA Tour, it’s not easy to understand how the Tour works, whereas the men’s Tour is much easier. We know your 1000s, the 500s, the 250s and how the rankings work, it’s much more complicated on the women’s tour, so this would simplify everything.”