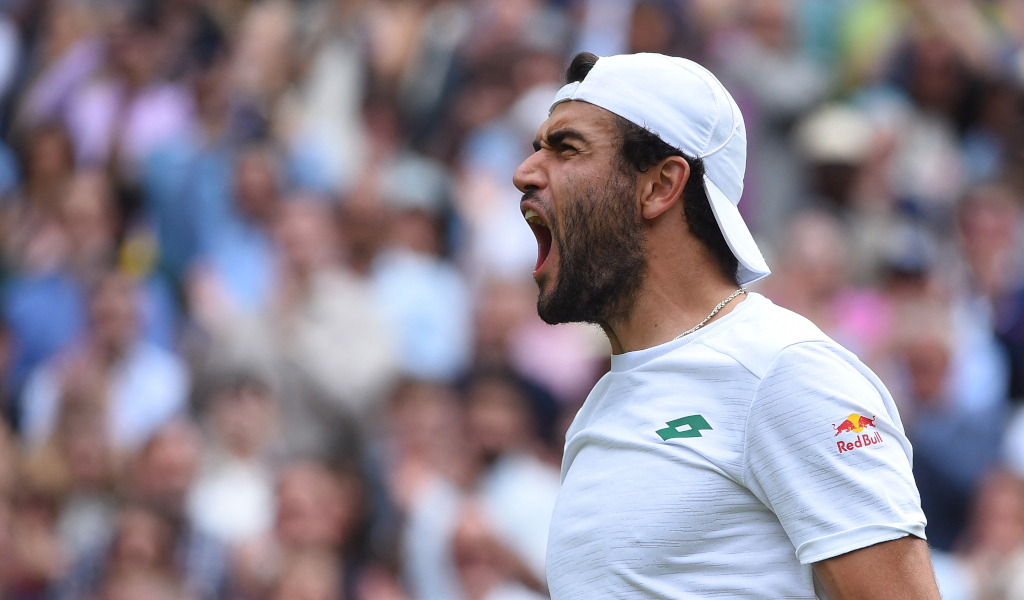 Matteo Berrettini, Italy’s top ranked player, has recovered from an abdominal injury which forced him to pull out of the ATP Finals, and is hopeful of a return in time for the season opening Grand Slam in Australia.

It was during a round robin game against Alexander Zverev at the ATP Finals that the 25-year-old had to retire due to his injury, which meant that he couldn’t represent Italy in the Davis Cup the following week.

However, Berrettini has indicated that he’s resumed training and could start playing competitively again at the beginning of the season which gets underway in just a matter of days.

In an interview with La Gazetto, the 2021 Wimbledon finalist revealed: “Fortunately, the injury recovered fairly soon, I could so some very good training during these weeks of the off-season.

“I trained in Florida, with nice conditions and a lot of good players, I could work on what I need to keep improving.

“I have to learn to go more to net, and be more forward-moving in my game, and I have to keep working on my serving, so it stays a strength.”

Last season alone the Rome-born player managed to make it to the finals of the ATP Cup against Russia, but he was defeated by world No 2 Daniil Medvedev, and made an appearance at all Grand Slam tournaments, even making it to the finals at Wimbledon where he failed to beat his opponent Novak Djokovic.

Berrettini won his biggest career title so far when he claimed victory over British player Cameron Norrie in the final at the Queen’s Club Championships, making it his first ATP 500 win.

The title winner has entered into the ATP Cup team competition where he will again represent his country of Italy which takes place between January 1 – January 9 and is the first event on the 2022 ATP Tour calendar.